How to Use a Guitar Capo on Acoustic Guitar 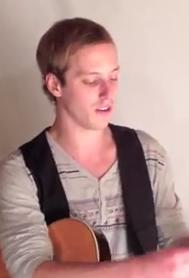 As well, the capo. What a great sounding tool.
Hey, this is John McClennan with guitarcontrol.com
bringing you this video lesson. This is exactly
what we’re talking about, is how to use the capo.
What does it do, what is it?

There are all different kinds of capos.
There are the old school sort of elastic ones,
there are the Kyser kind with the clamp.
This is a Shubb capo which I happen to be
an artist for Shubb, which is great.
I’ve got this awesome, blue capo here.

But anyway, here’s what you can use a capo for.
So let’s say that you know your basic chords:
C, G, D, E and you’ve got those open positions down.
But one of the things you may have noticed
is if you take a C and you move it around on the guitar,
it’s not so good on some frets.

What the capo enables you to do is take a chord like C
and if I put the capo here on the first fret
then I play the C chord, it’s no longer a C;
it’s raised. It’s a C sharp. Because if you think about it,
here I was playing on the 1st fret and
now I’m an entire fret higher. So the whole
entire chord has shifted. However, I can now
play a C sharp chord where — let’s say before
all I knew was the C. So it enables you to play
some voicings where you might have to barre a
little easier. But it’s also a tool.

So if you think of that opening thing
that I played at the beginning, “Here Comes the Sun”,
it’s like that chord voicing just sounds so great up high.
It sounds like the sun is coming out. You know?
So it’s a tool to help you get a certain sound.
It’s not like, oh, I don’t know my chords;
I have to use a capo, kind of thing. But it’s a tool.
It can be great, though in aiding like singer/song
writers if you only know three chords and you’re
playing your G, C, D and then you say, okay, well,
let’s capo this on the 3rd fret and play those same chords.

All of a sudden I’ve got a whole new sound, a new voicing
from the instrument. I go, wow, this is awesome.
And maybe you’re inspired to write a song or something.
You need it for some songs, definitely a
handy thing to have. I hope this helps shed a
little bit of light on what a capo is.

A couple of other tips here would be sometimes
when I put it on up high, I have to, depending
upon the guitar and the neck shape and the capo,
you have to sort of adjust. So I’ll retune the guitar
to the chord up high if I’m playing a whole song with
a capo or if I’m doing a recording where it’s got to
be played up high and it’s got to be perfectly in-tune.

Even as I move the capo around right now from
fret to fret, it varies. You also want to make sure
that you don’t stick it on to where you’re pushing or
bending any of the strings. You’ve got to stick it on
nice and even. I like to place it right whereas if I was
playing that with my fingers. So I play right before the fret.
The fret is the metal thing; not on it.

Anyway, check it out. Click the link below and we’ll
see you in the next video lesson. Thanks for watching.

Here’s Silvio Gazquez playing another cool Richie Kotzen style lick. Be sure to download the tabs! Link for video 🔥 Check out some premium courses

Learn to play 3 fun and easy southern rock riffs with Guitar Control instructor Darrin Goodman, aka Uncle D. Be sure to get the free