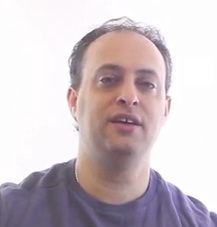 Hey, guys. Claude Johnson here with Guitar Control
and today I want to talk about learning guitar and
chords, scales and theory.

A big question is, if you’re a beginner should you
be learning theory? My answer is you can learn it if
you want to, but it’s not necessary. When it comes
to just the fastest way to learn your favorite songs
on the guitar, really the fastest way is to learn the
basic chords because then you can put them together
and you get all kinds of different combinations. If you
play several chords together, that’s called a chord
progression. Songs are really nothing more than one or
more chord progressions with maybe like a vocal melody
added to it.

I’ve talked about this in lots of other videos, but I kind
of wanted to address the theory side of it. If you’re
interested, if you’re fascinated by music theory, then by
all means learn it because it’s only going to add fuel to
the fire of the excitement of learning an instrument and the
language of music. However, if you’re one of those people
that you cringe when you hear about the theory or it’s
confusing don’t worry about it for now. You don’t really
need to know it. With that said I just want to give you guys
a tiny taste of music theory and how it relates to playing
some of these basic chords and playing songs.

Really the first thing you should know about music theory is
that most of it is based off a linear scale. That’s the
C major scale. It has a certain pattern of intervals and
each note of the scale you can build a chord from, which
I’ll get into another day, basically you’re just skipping
notes and that’s how you build your chord, but we’ll worry
about that later.

If you look at the notes and count them and you spell it out
it’s C, D, E, F, G, A, B and then back to C. Often you’ll
hear chord progressions named, for example, I, IV. What that
means is that you’re using the I degree, the first degree
which is C and the IV. Again, you count up: C, D, E, F.
So C to F. And then if we play a C chord and an F chord
that’s basically a I IV progression in the key of C.
So that’s a little bit of music theory.

So in a different key, for example, like G to C, that’s
a I IV in the key of G. Your ear will also start to develop
so that’s another benefit of music theory is that you’ll
be able to kind of label things theoretically, in your mind
and also you’ll be able to put you’ll be able to hear
it and say that’s this and have a certain name for it.
It’s not just chords of the scale, but we get into more
of a general discussion on music theory. But again, if you
were to hear this you should eventually be able to tell that
that’s a major scale.

Again, just to summarize, you don’t really need to learn
music theory to get started playing your favorite songs,
just learn to make the chords and you’ll be on your way.
However it is really good to know and especially if you’re
interested in it, I encourage you to find out more about
music theory.

Anyway, if you want to check-out my Ultimate Beginner Guitar
Course just go to guitarcontrol.com/beginner. Thanks so much
for watching and I’ll catch you later.