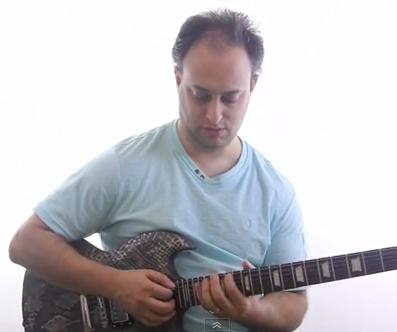 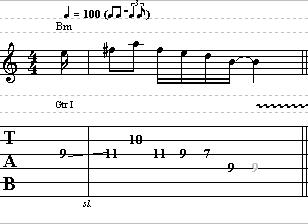 Hey, guys. Claude Johnson here from guitarcontrol.wpmudev.host and
here’s another little lesson for you for playing blues licks,
playing lead guitar licks and we’re going to stay in the
pentatonic scale. I’ve been playing in the key of B lately.
It’s just a great key as far as being right in the middle
of the neck and comfortable to hit.

You can learn and memorize. There are five pentatonic patterns.
This one and this one and this one, and so on. But instead of
just memorizing them it’s really helpful to kind of understand
how they’re built and discover the patterns on your own.

For example, in the key of B we’ve got the notes B, D, E, F
sharp and A, and then it keeps going: B, D, E, F sharp, A.
Let’s say we’re here on the G string. We’ve got D, E. So
what’s the next note on the scale? F sharp. What if we
played it on this string instead of here? Instead of just
going… What if we went… So right there I just took the
knowledge of what the notes were and I found the next note
going this way without a pattern.

You can do something as simple as like… We’re just
sliding-up and then go to the next string. That’s a
nice little lick. Starting here on the 9th fret E string
and we’ll slide up and hit the 10th fret B string, then
back and we’ll walk it down to the root.

Another really common thing is playing these two notes together.

Another thing you could do would be, what if we walked
it backwards here? Again, let’s just walk down: B, A, F
sharp, E and then if we want to go D, instead of going…
What if we went this… We’re kind of extending-out this
basic pentatonic box. You can extend it here or here and
that’s the whole idea of getting more familiar with this
pentatonic concept all over the neck.

Just look at what notes are in the scale and then where
can you go on the same string out of that pattern and
you’ll start to see more and more of the neck. The more
you play around with this, experiment with this, the
more cool patterns and things you’ll discover and it
will all start to kind of tie it all together.

I hope that was helpful for you and if you’d like to
check-out my guitar course, my best-selling guitar
course, it’s called “Killer Guitar Control Secrets”
and you can learn about it at guitarcontrol.wpmudev.host/secrets.
It’s actually been one of the best-selling guitar
courses on the internet for the last 10 years.
So check it out at guitarcontrol.wpmudev.host/secrets.