How to Do Hammer-Ons and Pull-Offs on Guitar 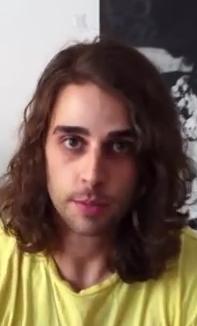 Hey. I’m Will. Thanks for joining me here at my home
studio where I’ve been amassing all kinds of free guitar
lesson videos for all you guys out there that are scouring
YouTube and searching for them. I’m here to help and I’ve
got all the cures you need for a guitarist learning right
here on YouTube. I’m here to help.

What I want to talk to you guys about today are really cool,
kind of flashy guitar playing techniques. I’ve got two for
you coming out in this video. I’ve got hammer-ons and pull-offs,
how to do them, what they are and all that good stuff.

I’ve got some students on Skype that joke around calling me
the Guitar Doctor because I’m providing the cures from your
point of view. So let’s spin this around and let’s check it out.

Hammer-ons, let’s talk about those. Actually, first, let’s
just do a basic overview of both of them. Hammer-ons and
pull-offs are when you play two notes but only hitting the
note once. We hit that with one pick and then I hammer in
with my finger and then vice versa. I hit the note and I
pull-off my finger. So hammer-ons and pull-offs are exactly
what they sound like, hammering no and pulling off.

Let’s grab a song here. We’ll kind of imitate Stone Temple Pilots,
“Vaseline”. This isn’t actually how they play it. They pick each
note, but it will get you going, get you on the technique and
moving forward with the concept.

Here’s what we’re going to do. There’s your first note.
What you’re going to do is you’re going to hammer-on
with that 3rd finger. So you’ve got to be accurate which
takes some practice. But if you’re not getting it, just
always remember that what you have to do is go harder
and faster. Because if this thing has got to come down
like a jackhammer. It’s got to… Every time you’ve just
got to slap that thing down and just repeat it.

So that is a hammer-on. You see those all over the place.
Whether it be an open string, again, just one pick but
you’re making two notes there. So that’s kind of the basic
rundown on what hammer-on is.

So let’s talk about pull-offs. For a track we’re going to
use “Thunderstruck” by AC/DC and this isn’t actually how
AC/DC plays it. They play it on B string, but it’s really
easy to get some pull-offs happening on the high E string.
I’m going to grab this top E string here.

So everybody go up to the 4th fret with your 1st finger.
You play that note and now what you’re going to do is you’re
just going to keep on tweaking your finger until it pulls
off, just like that. Again, one pick, but two notes that
we end up playing.

The next note is you’re going to grab your pinkie finger
up on the 7th fret and you’re going to do the exact same
thing. Finger one and pull it off. You just repeat those
two notes like this. After a while you end up getting faster.

That’s where a lot of that flashy guitar playing comes from,
all the really fast stuff is a mixture of hammer-ons and pull-offs.

I’m going to be releasing more videos like this, so until then,
keep on ripping it up.