How to Play Blues Riff With Fingerpicking On Acoustic Guitar 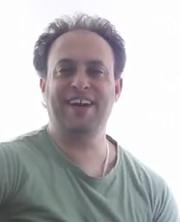 Hey, guys. Claude Johnson here and I want to talk about
finger-picking blues today. So that means there’s no pick.
It’s all the magic in the fingers.

The first thing is to understand the structure of the blues,
12 barre blues pattern. Hopefully, you guys understand that.
If not, check out some of my other videos. So in the key of A,
you’ve got four bars of A, 2 bars of D, back to the A.
This is actually an A7 chord; D7.

Tip number three with acoustic blues, you’re going to use your
thumb to hit the bass note and then your other fingers to hit
the other strings. Make an A7 chord and then you’ve got your
thumb on your A string; one, three; one, three.

Tip number four, you’re going to alternate. Do an alternating bass.
What that means is you go to your 5th degree. So whatever chord
you’re on, A, you count up a 5th degree on a major scale. That’s
your E which is obviously an open E string. So we just go…
Shuffle rhythm: one, three; one, three; one, three.
That’s your basic pattern.

You can spice it up a little bit by instead of doing the one,
three; one, three; you can do it one, two, three. You can do
that at any chord, any beat you want. Let’s start with that.

Don’t do it all the time, though, because it will sound weird.
Just throw it in just to accent. It doesn’t matter which strings
you’re striking because they’re all in the chord. So we’ll get
into some more specific patterns later. You can also check-out
our acoustic blues course which I’ll tell you about in a second.

So we do this then you just go to your next chord, D7. And then
finally, with your E, which is your I chord. The 5th of your E
is your B, which should also be in the chord. So whatever key
you’re in just make sure that you’re able to reach a
5th degree of the chord.

For example, if you’re in the key of G, let’s say G7. This one,
the 5th of G is what? D. So here I’m going to use the open D
string. You’re not always going like — the bottom two strings.
It could be the E string or D string.

I hope that gives you a good starting point for some acoustic
blues. Practice that. If you’d like to check-out my blues course,
I cover a lot of different blues styles, not just acoustic blues,
electric blues, fingerpicking, country blues, all the cool stuff,
check it out at guitarcontrol.com/blues.

If you’re really into country blues you can also check out
ultimatecountryblues.com and you can also check out Jimmy Dillon’s
acoustic blues course. It’s at guitarcontrol.com/ultimateacousticblues.
If you like blues and like blues guitar, check it out. Also, we’re starting
a new site soon called bluesguitar.com. So check that out as well. Take care.