How to Apply the Guitar Modes to a Blues Solo!

Today he will teach you how to apply the modes into blues soloing! 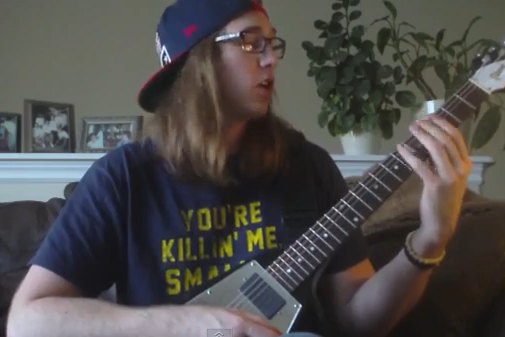 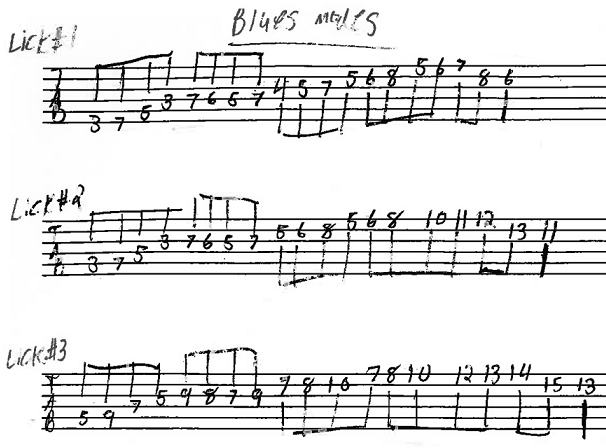 Hello, everybody. This is Cameron Rasmussen for guitarcontrol.com.

What I’d like to talk about today are different tools you can
use to improvise over a blues, because it’s so common. As guitar
players, you might know that if you’re playing over a blues you
might get stuck in the minor pentatonic shape for your playing
and it might get boring because you’re just playing one shape.

So if we’re playing a G blues you might tend to play something
like this. And then you might just get stuck in that shape and
you’re not able to move anywhere else. But that’s what I’d like
to talk about today, is breaking out of that shape using modes
and other scales that will fit over a blues that you’re playing.

If you’re not too familiar with your modes you might want to
brush-up on those before we go any further because that’s
what we’re going to be using as the main tool for this
lick I’m going to show you to use over a blues.

Now the reason that guitar players like to use the minor
pentatonic so much and it works so well is because you’re
adding a sharp 9 on the 7th chord. So if we’re in G7, in
the chord we have a B natural, but you’re actually adding
a B flat, which is the sharp 9 on that G7 chord. That’s a
nice tasty tension to add on a blues and that’s why it sounds
so good. But we’re going to get rid of that and we’re just
going to use plain mixolydian, which is G7’s parent mode.

Now, when we do this and use G mixolydian, now you can use
all the other modes that are related to that lick: A aeolian,
B locrian, C ionian, D dorian, E phrygian and so on. Use all
those modes and you can move to all those shapes so you’re
no longer stuck in the root position with the minor
pentatonic scale.

This lick, you have to think that G is the V chord of C.
That’s where mixolydian comes from, if you know your modes.
So we’re thinking of technically C is the I chord and G is
the V chord. That’s where all these other modes come from.