Learn How to Play Layla by Eric Clapton – Easy Lead Guitar Lesson – Part 2 from Guitar Control. Step by step video instruction and free tabs make this an easy one to pick up. If you missed part 1 be sure to click the link below to check it out as well. 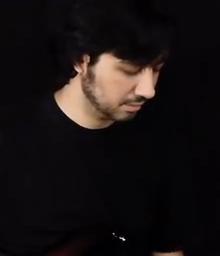 Eric Clapton is an English guitarist, singer and song writer born in Ripley, Surrey England in 1945. Clapton first landed on the map in 1963 when he joined The Yard Birds replacing original guitarist Top Topham. In 1965 Clapton left the group to join John Mayall and the Bluesbreakers and played on one album before leaving the group in 1966 at which time he formed the iconic band Cream with Ginger Baker and Jack Bruce. After the fall of Cream Clapton went on to form the band Blind Faith with Ginger Baker and Steve Winwood. The band would only release one album and do one tour before disbanding. In 1970 Clapton started a very successful solo career with hits like his cover of the Bob Marley classic “I Shot The Sheriff”. During this time Clapton also performed with Derek and the Dominoes which produced one of his most famous songs “Layla”. In 1991 Clapton’s world would be shook by the death of his son. The tragedy sparked the inspiration for him to write the must know song “Tears in Heaven” which appeared on his “Unplugged Album”. Eric Clapton is considered to be one of the most influential and iconic guitarists of all time and was ranked number 2 on Rolling Stones list of the 100 greatest guitarists. He is the only person to be inducted into the Rock and Roll Hall of Fame three separate times and has won 18 Grammy awards. Clapton has sold over 100 million records world wide making him one of the most successful musicians of all time.

How to Play Country Chords – Amazing Guitar Lesson for Beginners

How To Play Take It On The Run By REO Speedwagon

How to Write a Song on the Spot