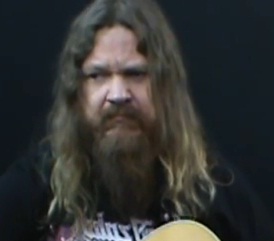 Hi, everybody. This is Darrin Goodman from guitarcontrol.com
bringing you this video lesson today. Today I want to show you
a finger style arrangement for “Let it Be” by the Beatles.

What I like about this arrangement is it’s closer to what the
original song is. The original song is on piano. It doesn’t
have guitar in it except for the guitar solo, of course. So
when you’re just strumming the chords you obviously know
what song it is, but this one is kind of cool because it’s
closer to kind of the style of the piano it’s written with.

Anyhow, in this lesson I’m going to teach you how to play
the intro and the verse. Be sure to click on the link in
the description for the tabs and let’s get started. The
chords that we’re going to be using for this are C, G, A
minor and F. Hopefully you already know those chords.

Next is A minor and we’re going to do it the same
strings as the C, except instead of going to the
bass note right there we’re going to hit just the
3rd string open. So you’ll need to make sure that
you raise your 3rd finger off so you’re not fretting
that note; then to an F. Again, we’re on the middle
strings. So we have…

Then back to C, G again and then to F. We’re just
going to get strings 4, 3, 2 and 1 simultaneously.
I’m going down with my thumb at the same time that
I’m plucking up with my 1st, 2nd and 3rd fingers.

Then move your middle finger from the 3rd string to
the 4th string. That way we’re looking at this interval
here. We’re doing like an E dyad. Starting from the F,
I hit both of those strings at the same time just with
my 1st and 2nd finger. Then take your middle finger off,
hit the two strings open. So now we’re doing like a D
dyad; and then, a C. Again, we’re plucking all the fingers
at the same time, so strings 5, 4, 3 and 2. That is the
intro and the verse. So the whole thing one more time.

Be sure to click on the link in the description for the tabs
and be sure to watch for Part 2 coming soon. It will go over
the chorus and the little bridge that’s like before the guitar
solo and it’s also like the outro for the song as well.

Anyhow, until next time…