How to Expand Our Knowledge of the Guitar Chords 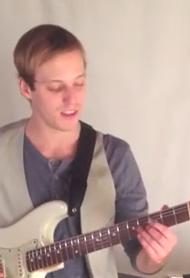 How’s it going guys. John McClennan here
and I’m bringing you this video with
guitarcontrol.com. I’m excited to show you
some great new chord voicings just to expand
your chord vocabulary and hopefully show you
something you haven’t done yet. So here we go.

The first thing that you’ve got to realize about
this chord, which’s totally awesome, is every three
frets, it’s the same chord. All the intervals and
the notes move around and it is, in fact, the same notes.

After I show you what I’m going to show you in
this lesson, you can apply this to every single
diminished chord that you can find, diminished
7th chord you can find on your guitar. So here we go.

Here’s the idea. You play this chord and you move
any note within that chord and what happens is you
get a dominant 7th chord. So if I move this first
finger down a half step, all of a sudden my F
diminished becomes an E7 chord. Pretty cool.

So now I’m going to return back to that F diminished
and then I’m going to lower the 3rd finger here,
which at this point, since that’s lowering, I’m just
going to bar and it’s going to be 3, 3, 3, 4. This
chord now is a B flat 7 chord. F diminished 7;
B flat 7. Pretty cool.

Let’s move now the note on the 2nd string.
So that’s going to go down to here.
It’s doing to give you a D flat or C sharp
7th chord. Back to the F diminished.
Down to the high string and half step and
guess what? I get a G7 chord.

A lot of chord possibilities just using the
one diminished chord as sort of the mother
of all those chords. Change one note and
the next thing you know you’ve got a lot
of new chords.

So the next step to do after you learn
these chords would be to move up to the
next position and find all the next
inversions of those dominant 7th chords.

I hope this helps and and we’ll see you in
the next video lesson. We sure to click the
link below. Thanks for watching.