How to Play Basic Barre Chords on Guitar 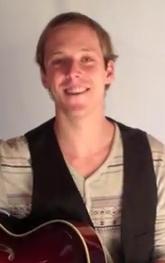 How’s it going, guys? This is John McClennan
and I’m here with guitarcontrol.com,
excited to bring you this lesson.
We’re going to go over some basic barre
chords today and show you where they come from.
Sometimes you can just learn grips on the guitar,
but what I always like to do is if I learn a
new chord and I can relate it to a chord that
I already know, then it sticks better.

We’re going to begin with what I call major
and minor barre chords with their root
being on the 6th string. So the root note
is the note that names the chord. So here we go.

Now, imagine that your first finger is barring right
here where the open strings are, and then what you’re
going to do is just move it up. And that now,
your first finger bars and you get a major chord
or what I call an E shape. Because if this were
the end of the guitar, this would be an E chord.

So we just see how that came right from here and
then that now gives you a chord that you can play
on every single fret. But the important thing to
remember is your first finger, that note is right
here on the 1st fret on the 6th string, the low 6th
string. So that note is the root note,
the note that names the chord.

If we just go up from here we’ve got — here’s
open E, like what we would tune to. The next
note is going to be F. And then when I move
that up I get F sharp. Go up another fret,
I get G. Go up another fret, G sharp. So with
one chord, you get all of those major chords.

Granted, these are a little bit tougher than
just your basic open chords; you’ve got to work
to be able to hold your fingers down and get
your calluses going and get the notes.
The first time you play F it might sound like…

All the notes muted. And then slowly you get
those notes to ring-out. If it’s too hard,
try it up higher; it might be a little
easier up high. There are so many tunes.
Just take a chord and just move it around
in popular music. So there is our E shape
with the root on the 6th string.

Now I’ve got the same exact concept coming
off the A minor chord. I now have a minor
barre chord with the root being, as well,
on the 6th string. So all I’ve got to do
to take that F major chord and make it minor
is remove that middle finger. And sometimes
what I like to do is double-stack my fingers,
like this so one finger is just barring the
other finger to kind of help support it.
When you have to barre a lot of strings,
that can help, especially at the beginning.

Practice those chords, moving them up and down.
Get your muscles going and we’ll
see you in the next video.

Click the link below for the tabs for
these chord shapes. Thanks for watching.