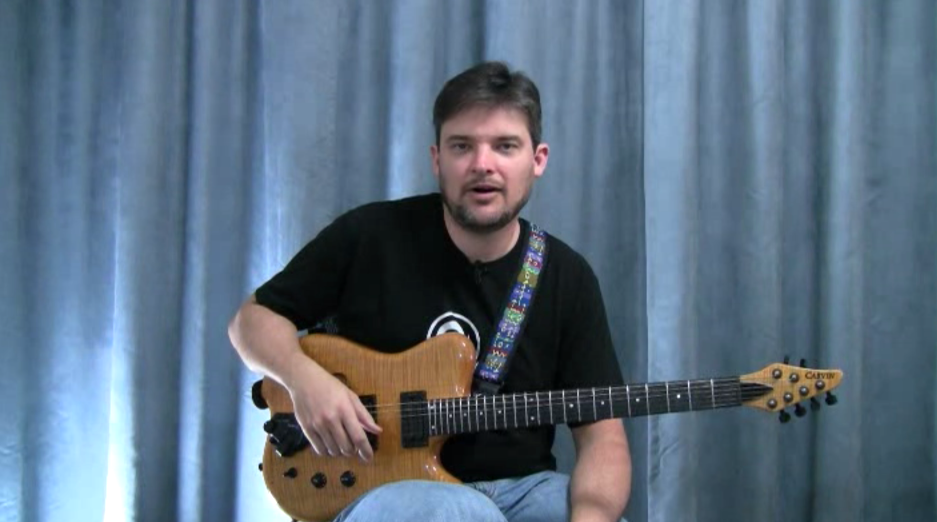 So let’s take that dominant chord that we
learned a while ago. Now, to convert the
dominant chord to minor 7, we only have to
change one thing, and that’s lowering the
major 3rd to the minor 3rd, a half step.
So the E to E flat. There’s our C minor 7 chord.

Now, let’s take our first inversion on
dominant 7. Again, we’re going to lower
the E to E flat. Now this particular
chord could also be thought of as an E
flat major 6 chord, root form, because
we had the E flat, the 5th of E flat,
the 6th and the major 3rd of E flat.
First inversion, minor 7th is also a
major 6 chord.

Let’s take the second inversion of dominant 7,
we’re going to lower the third down a half
step and bingo, we have a minor 7. Let’s take
the third inversion, dominant 7. Again, we
find the third in the chord, which is E, lower
it. There’s the minor 7.

If you wanted to substitute a minor 7 sus 2 chord
in place of a minor 7, you have to be careful
when you’re doing it. In other words, you have
to know when that minor 7 is functioning as a
two chord or a six chord. Because if the minor 7
is functioning, say, as a 3 chord, you wouldn’t
substitute a minor 7 sus 2 in its place because
the 3 chord comes from the phrygian mode.
The phrygian mode has the flat second in there
instead of the natural second. So just be aware of that.

The minor 7 sus 2 is also the same chord as a
dominant 7 sus 2, or 7 sus 2. Because you take
this dominant 7th chord and lower the third down
to the second here.

Now, let’s take the first inversion of a minor 7
and change it into sus 2. That’s a nice chord.
Now second inversion, you lower the third down to
the second. Third inversion, lower the E flat down
to D. Now, this chord could be thought of as not
only the third inversion of a C minor 7 sus 2,
but also a B flat major 6 at 9, because we have
the B flat, the major third, the 6th and the 9th
of B flat.

You’ll find that chords have many names just
depending on the context.