Some of the Most Powerful Acoustic Guitar Songs 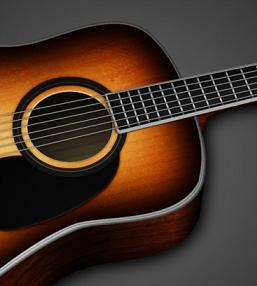 Jamming solo on your acoustic guitar is great because you can do it virtually any time and anywhere, but it can also be a little intimidating for guitar players because there’s not always a band backing you. Some of the most powerful songs written during the latter half of the twentieth-century were cool acoustic guitar songs.

If you listen to the Derek and the Dominos (Clapton’s band that originally released “Layla”) cut of “Layla” and then listen to the unplugged version, you’ll be forgiven if you don’t recognize the two as the same song. The ’72 version is a fast rock song, but the unplugged version is a slow and soulful ballad that matches the subject of the song (unrequited love) much better than the original.

Although this is about acoustic guitar i bet you will enjoy this cool lesson on that famous Clapton´s song played with electric guitar!

“Use Me”
Many Bill Withers songs are still popular today, but “Use Me” is not usually the one that people immediately think of. With other hits like “Lean on Me,” “Ain’t No Sunshine” and “Just the Two of Us,” “Use Me” usually gets forgotten.

But this song is an incredibly powerful acoustic soul jam that is as much about Withers’ rhythmic and percussive acoustic guitar playing as the chords played.

Taylor is an absolute master of folk guitar songs, and his signature delicate fingerpicking throughout this song is as moving as it is intricate. This song is proof that in the right hands, those old open cowboy chords that we all learn when we first pick up the guitar can be refreshed and made into beautiful pieces of art.

“American Pie”
“American Pie” may be the single most American song is the history of folk rock. Don McLean’s hit was a chart-topper in the ’70s, and we all still know the words today.

It’s one of the first songs that most people learn to play on the guitar, and it will never lose its magic. It’s a fun song to play and sing (just good luck remembering all the verses).

“Desolation Row”
Bob Dylan’s portrait of a wasteland is one of the most impressive pieces of folk music, even if it wasn’t a great pop hit. Dylan populates his hellscape with various literary, biblical and historical characters, ranging from the Phantom of the Opera to Einstein.

Unlike most early folk songs, or even Dylan’s own early folk songs, “Desolation Row” isn’t trying to tell a story. This song is about the place. Like Virgil leading Dante through Hell, Dylan is our guide through this peculiar place that, strangely, feels very familiar to us.

To get the most out of Dylan’s “Desolation Row,” don’t try to make sense of it. Instead, just let it wash over you.

If this is too advanced for some of you I recommend you to check our beginner guitar course: