What Makes A Great Guitar Song 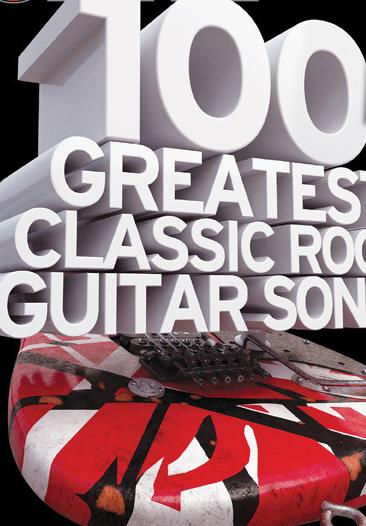 Since the birth of rock ‘n’ roll, and in particular the solid-body electric guitar, we’ve spent lots of time listening to, and thinking about, guitar music. The electric guitar has played a popular role in the music that can’t be denied, and through its musical versatility, many of the songs we listen to are identified as “guitar songs.”

Go here to watch a lesson about learning guitar songs

It’s hard to pinpoint exactly what qualifies a song as a great guitar song. It’s not a single element, but rather a combination of elements, both musical and emotional, that factor into the equation. Great guitar songs are usually defined over time, as they become popular with guitar players generation after generation. While any discussion of the greatest guitar songs in the history of rock is bound to be subjective, some songs identify so strongly with the instrument that their inclusion in such a discussion is inevitable.

A great guitar solo, a riff that gets stuck in your head, or chords that soar from verse to chorus are some of the components of a great electric guitar song. Great guitar songs stand the test of time and become models for generations of guitar players to study, mimic, and build upon as they take their own journey on the instrument. One example of a great guitar song is Deep Purple’s “Smoke on the Water.” Although this song was released in 1972, generations of guitar players have cut their teeth on its heavy power chord introduction. It’s easy to play, instantly recognizable, and just too cool to resist. Other songs that occupy the same space in guitar history are “La Grange” by ZZ Top, “Cat Scratch Fever” by Ted Nugent, “Sweet Child O’ Mine” by Guns ‘N’ Roses, “Purple Haze” by Jimmy Hendrix, “Back in Black” by AC/DC, and “Johnny B. Goode” by Chuck Berry. The list, of course, could go on and on. You could ask ten different guitar players to compile a list and each would be different, except for perhaps a few songs that might find their way onto more than one.

If you want to learn tons of easy guitar songs please click here: