Some of the Top Guitar Songs of All Time 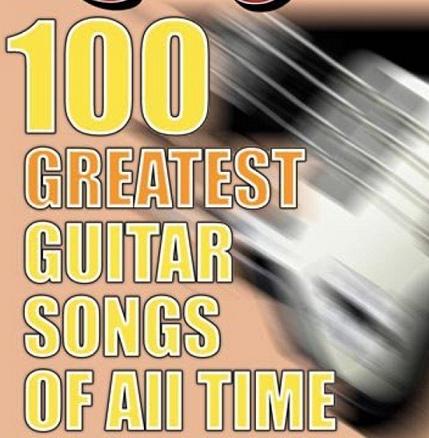 What is it about a song that identifies it as a guitar song? Why is it that some songs stand the test of time and consistently make lists of best guitar songs of all time? In most cases, we identify songs as the top guitar songs because they, pardon the pun, strike a chord in us. Not all of us will agree on every song choice when the topic of top guitar songs comes up, but there are a few songs that seem to pop up in such conversations so frequently that they become unchallenged. Songs like “Born to Be Wild” by Steppenwolf or Eric Clapton’s “Layla” are just such songs.

Other choices you might include are “Rock ‘N’ Roll” by Led Zeppelin, “Rock ‘N’ Roll all Nite” by KISS, and “Sultans of Swing” by Dire Straits. These songs are classic rock guitar songs that’ve stood the test of time, but they aren’t the only songs played over and over by guitarists.

Please check out this guitar lesson on ERIC CLAPTON´S CLASSIC

There are more current songs being recorded and added to the list of great guitar songs every day. Some of the more recent guitar songs making the list of must-learn songs for guitar players include “Gravity” by John Mayer, “I See Fire” by Ed Sheeran, “Karma Police” by Radiohead, and James Blunt’s “You’re Beautiful.”

Speaking about John Mayer, here´s a cool lesson from our man Jon Maclennan that you may want to check out!

Many of the top guitar songs seem to come from the same bands. On any given list, whether it’s in “Rolling Stone” or “Guitar Player,” you’re likely to find more than one song by some guitarists. Eric Clapton, the Rolling Stones, Jimi Hendrix, Jeff Beck, Jimmy Page, and Angus Young are all likely to appear on such lists more than once. Other guitarists you’ll encounter include Pete Townsend, Carlos Santana, Chet Atkins, Gary Moore, and Eddie Van Halen. These players are well known for writing some of the top guitar songs of all time, which is why they continue to make these lists year after year. New guitarists often study and try to emulate these players, learn their songs, and listen to their music as a way of improving themselves.

Sit back and listen to some of your favorite bands and pay attention to the songs. Which songs stand out to you? What guitar elements of the song do you think make it a guitar song? After you’ve done that, compile a list of your top ten favorite guitar songs of all time and see how hard it is to limit it to ten.

For learning tons of songs I recommend you to check out this course: