Guitar Scales | The Ultimate Guide On Scales And Technique

Whatever style you want to play, technique will come in handy.
And perhaps the most universally handy tool is guitar scales.
Not only will they improve your chops tremendously, but they
are a great way to find the right notes to play.

Think of guitar scales as a bridge between technique and
fretboard knowledgable. Within the realm of scales, it is
counterproductive to try to learn too many. Forget those
books that show you 100 different scales.

For starters, work with the pentatonic scale. This is a 5 note scale
and its the easiest scale to get started with to make some
sweet lead guitar sounds. Even when you become advanced,
you will still rely heavily on this basic scale.

It is important to be able to play through each scale pattern.
After that, learn sequences on each of the scales. Practice alternate picking.
Here are the 5 basic patterns of the pentatonic scale:
Pattern 1: 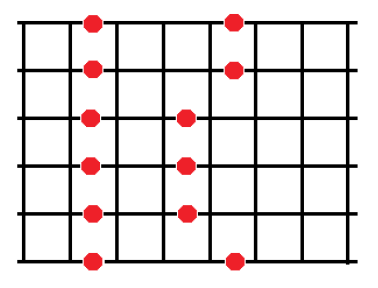 This is the “home base” pattern with the root of the scale
as the first note on the low E string. For example, in the key of A,
you would start this pattern on the fifth fret. The nice thing about
any pattern on the guitar that doesn’t use open strings, is that you
can change keys by moving it up or down on the fretboard without
changing the shape.

In case you’ve never seen these kinds of patterns before, the highest
string (the high E string) is first, then B, G, D, A, and low E strings:

Starting on the next note of the scale, pattern 2 would look like this: 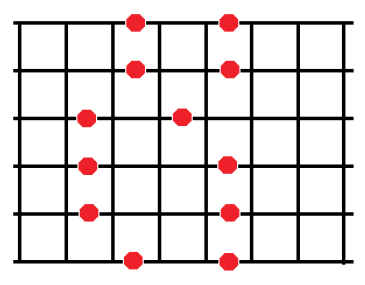 Starting on the 3rd note of the scale gives you pattern 3: 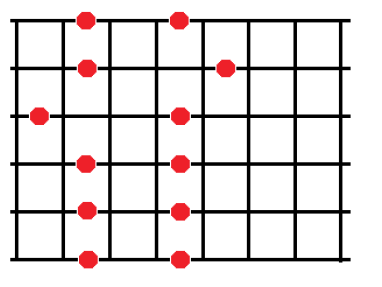 Starting on the 4th note of the scale gives you pattern 4:

And finally, the last or 5th note of the scale gives you pattern 5: 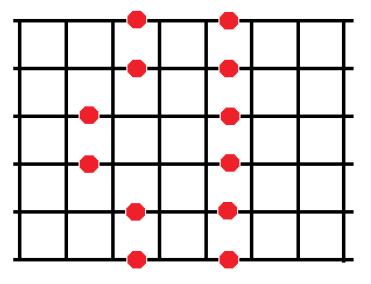 These patterns are well known to experienced guitarists. Nothing new here, but how
well do you really know the patterns? Can you play all of them with no problem?

Next, you should practice diatonic scale. “Woah, hold on”,
you might be saying… What the heck is the diatonic
scale?

The well-known “major” scale is the diatonic scale.
However, the “minor” scale is really the same scale
but starting on a different note.
For example, the G major scale contains
the notes: G, A, B, C, D, E, and F#.