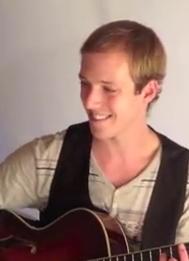 How’s it going, guys? This is John McClennan
and I’m here with guitarcontrol.wpmudev.host, bringing
you this video lesson. II V I, it’s one of
the most common chord progressions in jazz.
What I’m going to do is show you two great
stock voicings that you have to know,
in two different positions on the guitar,
for the same thing.

Remember, in the jazz idiom we’ll rarely play
voicings like this, straight D minor, G, C,
because the sound is going to be something more
like this in 7th chords. So everything has a
deeper harmonic sense. Let’s go to the
next position now.

Click the link below. Practice those;
move them around. The great thing about
these jazz voicings is there’s no open strings.
You can play it on any fret. Learn those.

Click the link below. We’ll see you next time.
Thanks for watching.