How to Do This Easy Bending Technique On Lead Guitar 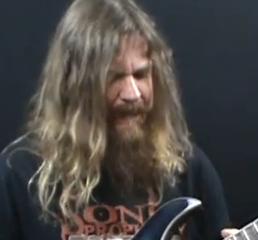 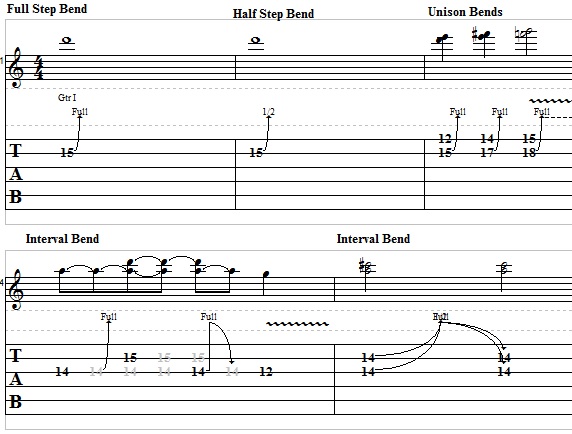 Hi. This is Darrin from guitarcontrol.com bringing you this
video lesson today. Today I want to talk about bending, talk
about a couple of different kinds of bending. The first one
I want to talk about is just regular, single string bending,
which you may already be familiar with. Be sure to click on
the link in the description for the tabs.

If we were going to bend this note here on the  this D.
Its on the 15th fret of the 2nd string. If we were going
to bend that a whole step we’d obviously be bending it to
an E. So a good way to practice that is just to take the note
you’re going to bend, play the target note and then practice
bending by ear until you get that pitch.

Now, when you’re bending this D up to the E, that’s
actually the next note in the scale. Another style of
bending here to talk about is what’s called a unison
bend where I’m going to be bending that note a whole
step, but I’m also going to be playing this string
simultaneously. So it’s the same pitch. That’s another
way that you can practice doing that whole step bend,
it just by bending it and playing that string to match
the tone. You can tell when you’ve gone far enough.

If you’re not far enough it sounds really bad. If you
go too far it doesn’t sound very good either, but it
doesn’t nearly sound as bad as when it’s flat. So you
can practice getting that. And the same thing would go
between any of the strings. You would just do that same
idea to get that unison bend.

Another style of bend  and you hear this a lot. You
hear it in blues; you hear it in country a lot, is
bending to an interval.

The first one I want to do right here, this is one of
my favorite ones. We’re on the 14th fret of the 3rd
string and if we play that note and the 15th fret of
the 2nd string at the same time, the interval we have
there is a perfect fourth.

So what we’re going to do is we’re going to bend the
third string up a whole step so we get that interval,
which is a minor 3rd, and then resolve it back here to
the G. It sounds really nice.

If you were going to do this between the 1st string
and the 2nd string, you simply do the same thing. You
can come down here, we’re do it here at the 15th fret,
so 15 to 15 on the 1st and 2nd strings. That’s a perfect
fourth. If we bend this note up a whole step we get that
minor 3rd. Get that same kind of thing. It reminds me of
the pedal steel licks you hear in country music.

The last type of bend I want to do is another one
that you hear in country music a lot. We’re bending
the note  the frets, the same fret on the 3rd and
the 2nd strings. Now, when those two notes are played
together, that’s a major 3rd.

When we do this bend, if we bend up  what I mean
by that is we’re pushing the string up; we’re not
pulling it down. We’re bending both strings
simultaneously. You simply do that just by
barring your fingers ‘cross. It takes a little
bit of practice to kind of get used to that.

I hope that helps you out with your bending. Be sure
to click on the link in the description for the tabs
and until next time.

How to Play the Blues Scale on Lead Guitar

“Twist And Shout” By The Beatles Using Simple Chords

How To Play A Change Of Seasons By Dream Theater

How to Play Lead and Rhythm Together