How To Play A Change Of Seasons By Dream Theater

John Petrucci is one of the best technical guitarists today. In this free lesson from Guitar Control you will learn How to Play A Change of Seasons by Dream Theater. Step by step video instruction and free included tabs will have you rockin’ this modern classic tonight! 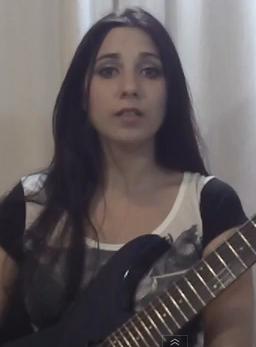 Dream Theater, originally called Majesty, is an American progressive metal band formed in 1985 by founding member guitarist John Petrucci, bassist John Myung and drummer Mike Portnoy. The band formed while they attended the Berklee College of Music in Boston, Massachusetts. They eventually dropped out of school to focus on the band. The three original members remained together until September 8, 2010, when Portnoy left the band and he was replaced by Mike Mangini. The current lineup consists of three and vocalists James LaBrie and keyboardist Jordan Rudess.

The band has released fourteen studio albums. The band’s highest-selling album is their second album Images and Words which reached No. 61 on the Billboard 200. The albums Awake and Six Degrees of Inner Turbulence both charted at No. 32 and No. 46. Their fifth album Metropolis Pt. 2: Scenes from a Memory was ranked number 95 on Guitar World magazine’s list of The Greatest 100 Guitar Albums Of All Time. Dream Theater has sold over 12 million records world wide and has received two Grammy Award nominations.

John Petrucci is known for his variety of guitar styles and skills. One of the most notable of these is his high-speed alternate picking technique of which he claims requires a strong sense of synchronization between the two hands. He is known for using seven-string guitars, which he says he uses as a writing tool for taking advantage of the extended range for heavier riffing.

“Twist And Shout” By The Beatles Using Simple Chords

How to Play Lead and Rhythm Together

How to Play Blues Lead Guitar