How To Use Minor and Major Pentatonic Scales in Guitar Playing

Hey, guys this is Claude Johnson with Guitar Control, we’ll talk about major pentatonic versus minor pentatonic and it’s a very important topic that a lot of guitarists get confused by and it’s really not that complicated. 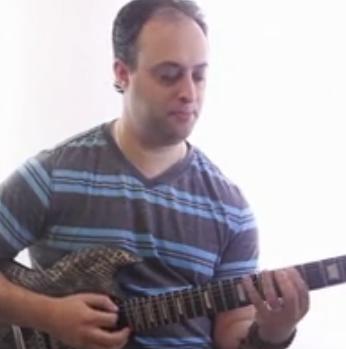 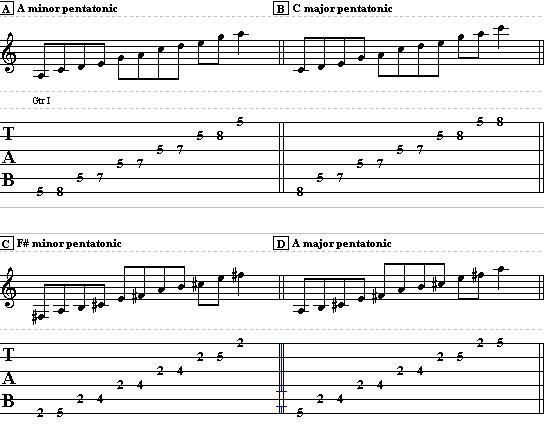 So I’m going to try to break it down and explain it for you so hopefully you know this basic pentatonic shape A pentatonic, people call it A pentatonic but technically it’s A minor pentatonic. So you know a scale any scale such as this A minor pentatonic has a collection of notes and it but it also has a root note or like tonal center so notice we’re starting on the gay we have a VA and when we play licks out of this we end up usually ending her licks on the A or less that’s the name total focus.

So I’m going to use the same set of notes but now hold it up a bit emphasize the C, notice it has a different sound, so what’s really cool if you move any pattern down the scale three frets down the neck three frets you’re going to get what’s called a relative minor pattern. For example Aright we move an A down three frets we get A sharp, now if I play that pentatonic that we although in love that could be F sharp minor pentatonic but we can also emphasize the A and that’s a major pentatonic so same thing on the A shape here and it’s A minor or C major. So I could go D, it’s either D minor or F major so here’s a really cool part if you use major and minor in the same note for example A minor here got A major here, now it doesn’t have to be this certainly two patterns because as you know all the patterns go everywhere the fret board but just to understand this for now let’s just say we’re going to do A major here A minor here, so major, A minor so if you were playing a blues a good thing to do is you start off with major pentatonic and then when you go to your fork or you switch back to the minor so for example this is a Major so hopefully that made some sense to you try it try we try using both scale patterns and this is a topic that I go deep into “Killer Guitar Control Secrets” showing you how guys like Page clapped in and Hendrix love to use like mixing major minor together so check that out at guitar control calm /secrets and don’t forget to subscribe on our You Tube Channel and we’ll see you in our next video lessons, thanks for watching.

How To Switch Off Between Rhythm And Lead Guitar In Blues

Guitar Lesson On Mixing Up The Major And Minor Pentatonic Scale

How to Get Killer Arpeggios – Pachelbel’s Canon In D Lesson