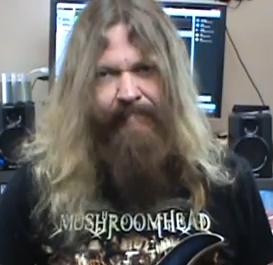 Learn How to Play the Intro From “Victim Of Changes” by Judas Priest – Lead Guitar Lesson.

Hi everybody. This is Darrin from guitarcontrol.com
bringing you this little video lesson today. Today
I want to show you how to play the intro for Victim
of Changes by Judas Priest. This is a pretty easy
lick that uses a lot of open strings and stuff. Its
played as a harmony. What Im going to be showing you
today is how to play the melody, so it would be guitar 1.
Be sure to click on the link in the description for the
tabs, and lets get started.

We start off, were going to start on the 19th fret
of the 1st string and Im using my pinkie. Some people
are more comfortable using their 3rd finger. Were going
to play 19, 15 and then the open string; just like that.
It is played as triplets and so youre counting: one,
two, three; one, two, three; one, two, three. However you
like to count it. I personally like to count one-yellow,
two-yellow, three-yellow, four-yellow so that way I can
keep track of where I am in the timing in the measure.

We play that eight times, so two measures of that, then
we shift up and we start with the open string and we go
open, 17, 20. We do this  I believe this is just four
times. Nope. That one is eight times as well. Then we go
back to the original position and we do that eight more times.

Then we shift down and we play starting on the 17th fret
of the 1st string. Again, Im going to be doing this with
my pinkie to the 14th fret and then the open string.

Now we shift down to the 15th fret and Im doing this
with my pinkie, to the 12th fret and we do that once.
Then we move to the 2nd string and play the same frets.

When I palm mute Im just taking my right hand and Im
placing this part of my palm just right on the bridge,
right where the strings make contact with the saddle.
That way you get that muffled sound. If youre too far
forward its dead. If youre too far back it doesnt
sound muted. So you have to kind of find that sweet spot.
Again, four times there.

So its a pretty easy lick. It sounds really cool.
It looks cool because youre moving around a lot.
Any time youre incorporating the open strings and
stuff with higher frets I just think it gives kind
of a really cool sound.

Anyhow, be sure to click on the link in the
description for the tabs and until next time