How to Make Barre Chords Sound Better on Acoustic Guitar 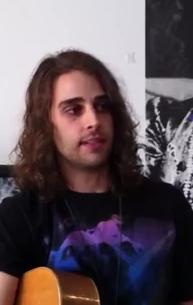 Hey. Im Will. Ive been working really hard on some free
videos to provide all you guitarists scouring the internet
for their next free guitar tip. Ive got a lot of people that
have been coming in for lessons on Skype and all that kind of
stuff that have been developing some bad habits when learning
online. So what Im doing for you guys is Ive got all the
cures to the common mistakes that a guitarist makes from
learning right here on the internet.

That opening line that I was just using was kind of a Limp
Bizkit or George Michael bass. That, guys, is our major barre
chord and then take off the 2nd finger; that makes it minor.
We have our happy version, then we have our sad version. Then
we also have our major and minor chord starting from the A
string. Weve got this one right here. Im playing them at
the 7th fret. You can play them anywhere. Ive just chosen
the 7th fret. Heres our major. Weve got that 3rd finger
crossing three strings. And then our minor looks like this.
Just go through them and try them out for yourself.

The first thing I want to point out is this. The first common
mistake that I see a lot of people doing is that they get their
1st finger flush with the wood of the guitar. I can see how you
might do that. You know, you see it written down somewhere and
say, okay, I need to put my finger there. Now, check it out.
Whenever I do that this always happens and its because Im
not getting enough pressure on that B string. Now check it out.
If you just grab this finger and pull it up, notice that that
made my wrist change a lot. Im going to go into the wrist in
another video, so keep your eyes open for that one. But a big
thing here is getting that finger so its hanging over. Ive
got it at the first knuckle. Thats where the wood is. So I
can actually wrap my finger around there a little bit. Its
clear every time and thats helped-out tons of my students.
So thats the first thing.

Now, the second thing I want to point out is this thumb.
This guy has a huge amount of strength. Thats where all
your strength comes from. What you need to do is you need
to experiment with your placement of your thumb. What I make
sure of is I use this really tough part of my thumb right here.
Its soft all around here, but right on the other side of the
knuckle weve got that really hard part of your thumb. So you
want to put that part into the back of the neck. Youve got to
experiment with where thats going to go.

For me, I always think about it as like Im picking up the
guitar. If I were to pick-up the guitar with these two fingers,
thats how Id do it. Id have to have one on either side so
they can pinch, just gripping that way. But like I said,
youve got to experiment for yourself.

Ive really got to be clear about this. There is no correct
way to play barre chords. Like this guy; this guy right here.
Thats E major. That one is really tough, too, and youve
got to experiment like crazy with this one. Youve got to
get that finger down, youve got to mess around with this
thumb placement, youve got to make sure your wrist is right.
But between your finger hanging over the edge for these barre
chords and your thumb placement, thats going to get you 
just experiment, tweak them and just have some fun with it.
Thats going to get you some nice, clear sounding barre chords.

Im going to be releasing more videos like this, more cures
to the common mistakes that a guitar is going to make from
learning right here on the internet. So until then, keep on
ripping it up.