How to Play Your Favorite Songs on Guitar Using Different Styles 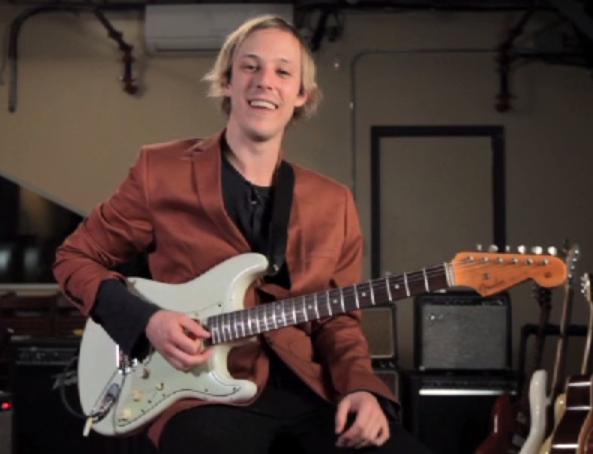 In today’s lesson, Jon shows
a bit on how to play one of my favorite
Kansas songs… Plus there’s examples
of tunes by Ben King, John Mayer,
Jason Mraz, and more…

Then we’re going to do the same chord progression
but we’re going to go one string higher. We talked
earlier about taking a riff and playing it on one
string and then moving it another string higher.
Well, this is now a chord progression that happens
on one string and then we move it another string
higher. So this is from A to G to F to G. Now we’re
going to go D to C to B flat to C. So that’s D minor,
C, B flat, C, D minor.

So four bars at a time, you can practice that way.
It’s a real good way of breaking down tunes and
then we’ll put it all together once this is good
and this is good, it’s like a chain. Here we go.
Ready?

For this next example we’re going to look at in the
style of Jason Mraz, “I’m Yours”. Let’s have a listen.

This next example is in the style of Ben E. King
and it’s a great soul tune called “Stand By Me”.
It sounds something like this.

This next example is another one in the style of
John Mayer, “I Don’t Trust Myself With Loving You”.
Here we go.

Notice, again, it’s almost like I’m a shaker or I’m
focusing more — like the shake of the instrument
on being a percussive element in the band than
thinking about playing every note crystal clear.
So now that you’ve learned how to get your barre
chords nice and clear, you can forget about it
for this technique.

Notice I’m using the pick and then I’m taking my
other two fingers and they’re just sort of pulling
back into the palm of my hand, like this. Here’s
the example. Ready? And then with the rhythm
we’re just going to fill it in with quarter notes
and then in the last measure we’re going to go:
one, two, three-and, four-e-and-a. And this is a new
rhythm we haven’t talked about yet. It’s 16th
notes. That’s four notes to one beat. Like this:
one-e-and-a, two-e-and-a, three-e-and-a, four-e-and-a.