Arpeggios You Need to Know For Guitar Soloing

He will teach you the basic arpeggio shapes you

should know for guitar soloing 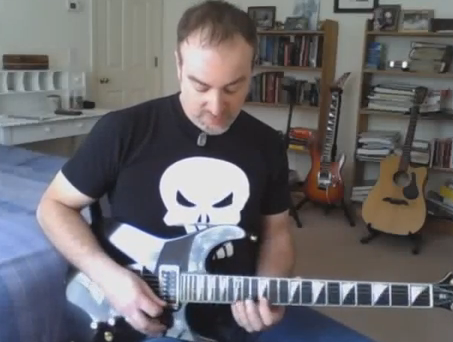 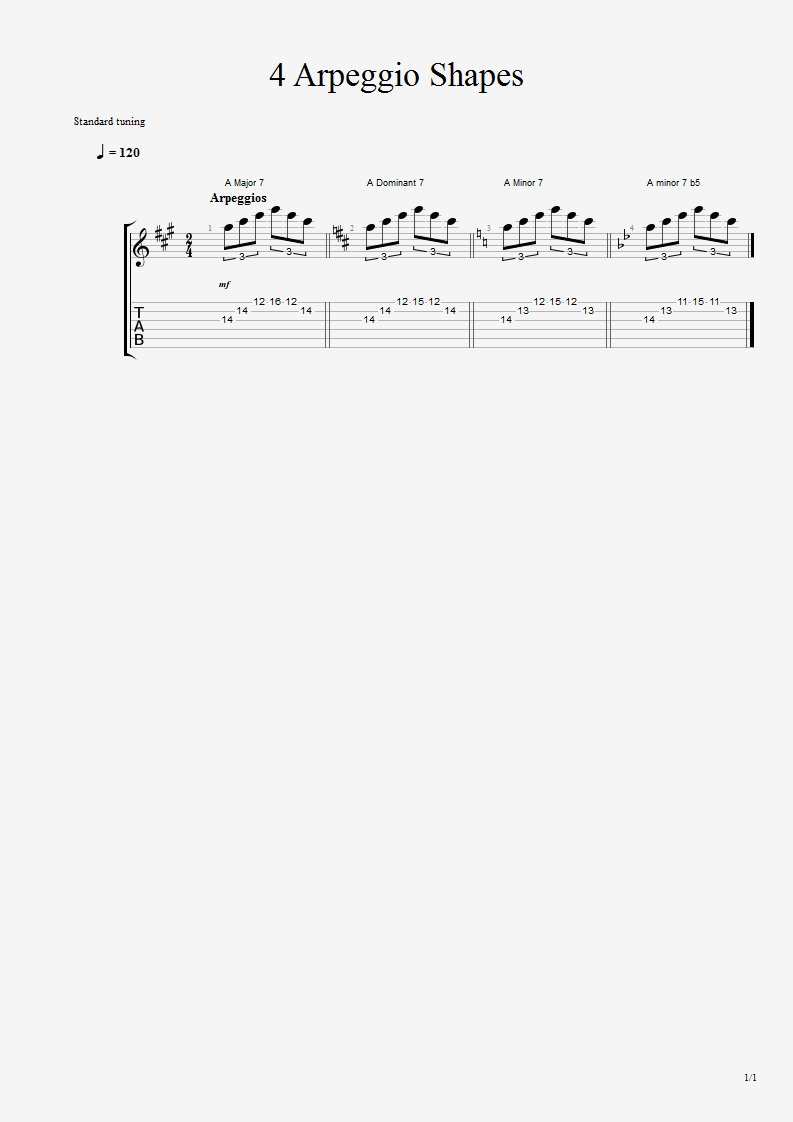 Hey, this is Rob Compagna for guitarcontrol.com and
today we are going to look at… Queue it, Benny.

Thanks a lot, Benny. Today we’re going to look at
four different easy arpeggio shapes that you can
use to help spice-up your soloing. These four
arpeggio shapes are all based upon the harmonized
major scale. So they are the major 7 arpeggio,
dominant 7 arpeggio, minor 7 arpeggio and minor
7 flat 5 arpeggio.

Now understanding and memorizing these four basic
arpeggio shapes can add spice to your lead playing.
All you need to do is know what chord is being
played behind at the time that you’re soloing,
what’s in the background, and then you play the
matching arpeggio shape against that chord. Now
this works provided that you know it’s a G chord
and they’re playing G major 7 and you play a G
major 7 arpeggio. If it’s an A minor 7 or just
an A minor, you can do an A minor 7 arpeggio.
Knowing these arpeggios will help you out and
make you a better solo player. So here we go.

The first arpeggio shape is a major 7 arpeggio and
we’re going to all do these in A. So let’s go to the
12th position, which means your 1st finger is at the
12th fret and the other fingers fall in line up to
that, 13, 14, 15 and pinkie up as necessary.

The next one is a dominant 7 arpeggio. So this
is exactly the same as the other one, except
instead of playing the G sharp at the top we’re
going to play a G. Also note it’s important, as
you can see with my right hand, I’m always
down-picking and then up, and there’s a little
alternate right there.

The next one is a minor 7 arpeggio which is —
we’ve got the G just like before, except now
it’s at the C sharp here. We’re playing it with
our 2nd finger on the C here. Just to go over
that, we got the A on the 14th fret of the G
string, the C on the 13th fret of the B string,
the E on the 12th fret of the E string and then
the G on the 15th fret of the same string.

All right, to kick this off we are going to do
a rhythm pattern that uses three of the shapes
that we just did and we’re going to do it in the
key of A minor and it’s going to use the chords
of A, G and F. We’re going to go kind of slow
rock with a pedal tone here.

By itself, against this, we’re going to play each
one twice over these chords. So it’s going to sound
like this by itself. So you get the point.

Let’s queue-up a rhythm here with a click track
and then you can try it yourself. It’s a lot
of fun. Queue it, Benny.

Why, thanks a lot, Benny. That was awesome.
I hope you guys learned a lot today. Those
four shapes can help you with almost anything:
jazz, rock, country or whatever. If you find
yourself, you’re jamming over anything and
you happen to know what the chord is in the
background, if it’s a major 7 type or a dominant
7 type or a minor 7 type or a minor 7 flat 5,
you can just use that arpeggio, providing you
know what the root note is, you can use that
arpeggio. You just pull it out. It’s just another
weapon you can add to your bag of tricks.

If you want the tabs for this video, just check
the links in the video description and it will
be there for you. This is Rob Compagna for
guitarcontrol.com signing out and I hope you
enjoyed this lesson.