How to Play the Modes on Guitar – Part I

This is Cameron with another cool guitar lesson!

This one is about the greek modes applied to the guitar! 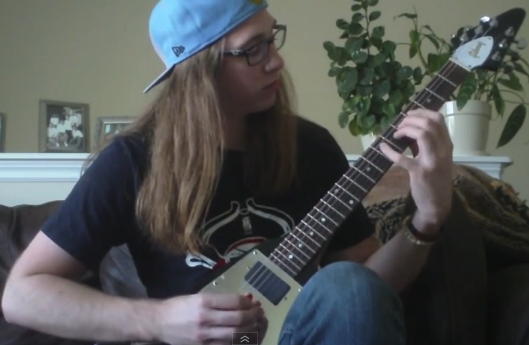 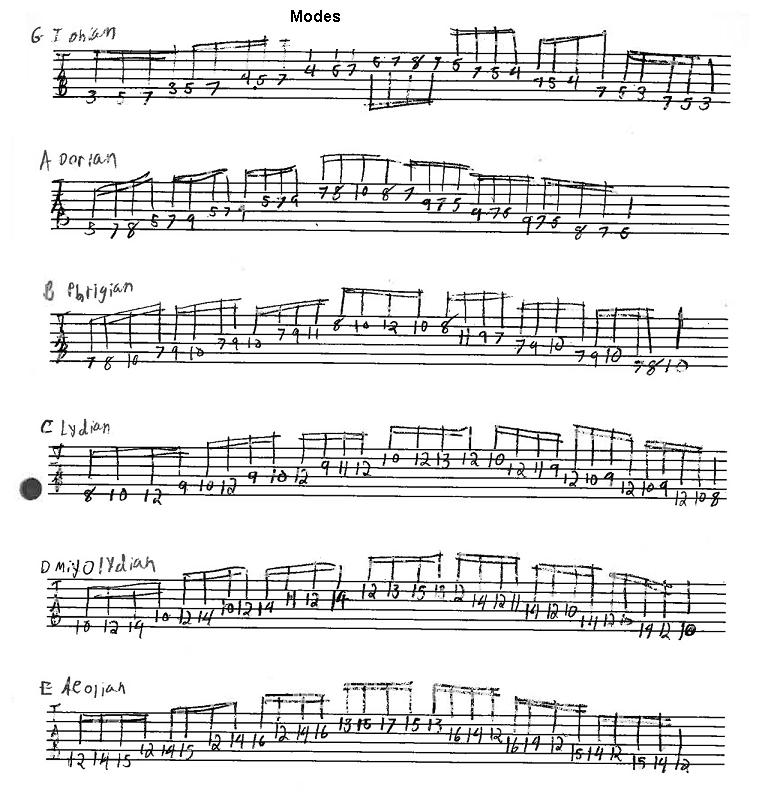 Hey, guys. This is Cameron Rasmussen for guitarcontrol.com.
Today, guys, I would like to talk to you about modes. Modes
are a very, very important part of all music and understanding
them is a great way to breakthrough in your improvising when
you’re soloing on anything. It opens so many doors and it opens-up
the way you see the fretboard in such a great way. That’s what
I’d like to look at today.

What a mode is, is a scale that sits inside another scale.
You pick whatever scale you want to use and then if you pick
a different note inside that scale, play all the same notes,
start an end on it an octave up, you’ve played a mode of that
scale. That’s what a mode is in a nutshell.

There are seven modes that I just showed you, and they all have
a lot of applications when you get into higher levels. But two
of them that I’m going to show you now, mixolydian and dorian,
have two very essential applications whether you’re playing jazz
or blues or rock. You can use it in lots of different places,
but they’re very important to know.

The names of the modes, again, like I said before, going through
them are ionian, the major scale; dorian; phrygian; lydian;
mixolydian; aeolian, relative minor; locrian and back to ionian.

Certain chords, sometimes specific on context, but certain chords
always get matched-up with certain modes. One example of this would
be any 7th chord. So if we had an E7th chord, we would have —
mixolydian would go with that because it has a natural 3rd and a
flat 7, just like in an E7 chord. So it’s like a major scale with
a flat 7. You’d actually look at that as your root if you were
soloing on just that one chord.

Now, in jazz, on any minor 7th chord, let’s say D minor 7,
you almost always use dorian on that chord. It gives you
the natural 6th instead of a flat 6 from aeolian. That gives
you a much more jazzy sound and depending on if you’re
playing in moving-chord context or a modal context, you
can use that natural 6th a little bit more. But for minor
7th chords, it’s generally dorian that you use.

So, guys, you can play around with the modes I just showed
you inside G major and make sure you use the root of that
mode very specifically and like make it strong. Play around
with the sound of it and you’ll notice it has a very unique
sound, even though you’re still inside G major.

All right, guys, please click the link in the video description
if you’d like to see the tab and I’ll see you next time.