Mathis James “Jimmy” Reed (September 6, 1925 – August 29, 1976) was an American blues guitarist and harmonica player and songwriter from Dunleith, Mississippi. He learned to play the harmonica and guitar from a close friend, Eddie Taylor. Reed spent several years busking and performing in Dunleith, and was drafted into the US Navy during World War II in 1943. Two years later when he was discharged, he married his girlfriend, Mary “Mama” Reed, who appears as an uncredited background singer on many of his songs. This blues guitarist signed with Vee-Jay Records and in 1958 released his first hit record, “You Don’t Have to Go,” which was then followed by a long string of hits. 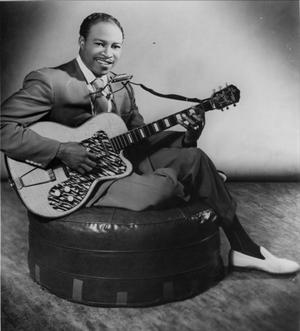 I’m Jimmy Reed
The Legend: The Man
Blues Is My Business

Learn How to Play an 8 Bar Blues Chord Progression