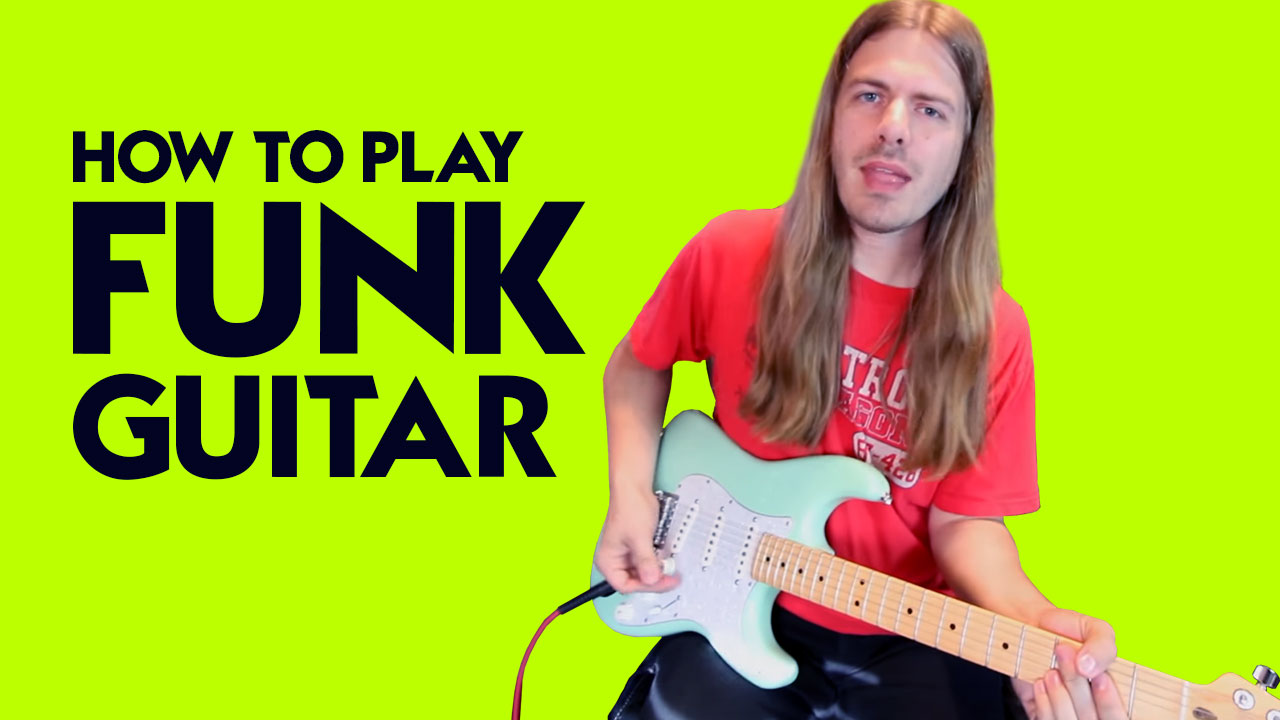 In this Guitar Control lesson, Instructor Robert Baker, is going to go over how to play funk guitar. This lesson is designed for beginners to get their feet wet in this challenging and intimidating genre. Robert is going to show you some funk chords, funk rhythms and focus on the strumming hands percussive technique and overall just add a lot of rhythm into your playing. This is a very powerful and important lesson, learning funk techniques can be a huge game changer adding so much groove to your playing.

Step 1: Rule One About Funk Guitar

Rule one in learning how to play funk guitar is that it is all about the groove. You want to make sure that you have tons of groove. For some of these things the best thing you can do is not focus on the groove initially and just get the chord changes and timing down and then work on adding that swing feel. In this example we are going to start with these really funky style chords. Robert starts using this voicing, 5th fret on the 3rd string with his pointer, then your ring finger on the 7th fret 2nd string, and last his pinky is placed on the 8th fret 1st string. What’s cool about music that has a lot of swing to it is that you can get away with chords that maybe don’t sound the best, even licks. See the video at 1:22 Robert demonstrates the chord with a lick that has a lot of notes that are out of key, but still work in this style. Then we shift one note for the next chord. Pointer in the 5th fret 3rd string and now pinky holding down both the 2nd and 1st strings with your pinky finger. This is basically a C major chord. With these two chords we need to put a lot of rhythm to it. Start by working on these changes without any right hand. Robert is just doing single strums on beat 1, 3, and 4 and switching back and forth between these two chords. If you have this much you’re doing great. Then we are going to add in a consistent eighth note strum with your picking hand. Doing the same main accents beats 1, 3, and 4. So some of the rhythmic parts are muted. Robert is strumming 4 muted notes in between each accent. The very last chord only gets 3 mutes after it. This is where it gets really tricky, adding this funk and feel to the riff because it is all so swingy, it has so much rhythm to it and so many details. We are going to do the same thing with the next chord, what might give you a little bit of a challenge is changing these chords while maintaining this percussive rhythmic technique, you want to keep the groove going and not have any pauses. If you are enjoying this lesson be sure to check out our in depth rhythmic breakdown of how to play the Immigrant Song by Led Zeppelin.

Now we are going to mix some stuff up here. We are going to have four different groups and we are going to do the first one, which is what we just did and then we are going to spice it up a bit at the end of that fourth set. So on that C major chord, your pointer holding down the 5th fret 3rd string and pinky barring both the 2nd and 1st strings on the 7th fret then doing only 3 mutes quickly to the chord. Do this two times, quickly. This part is a little tough because of the speed which we play it. This is the first rhythm we are going to do. For our second rhythmic variation we are going to bring in the Hendrix chord. This variation is based off of the E9 chord. Now like Robert mentioned before when you have these swinging groove rhythms you can get away with a lot of chord changes that normally wouldn’t necessarily sound good, chords that don’t really work together and notes that don’t typically go together but now all of a sudden work since the focus is now all about how you’re playing them. If you don’t know how to play the E9 chord you are going to place your middle finger on the 7th fret 5th string, your pointer on the 6th fret 4th string, your ring finger on the 7th fret 4th string and pinky on the 7th fret 2nd string. Robert play this chord, then moves up a fret, and then one more fret! So chromatically, three in a row. Your root moving from the 7th fret, to the 8th, to the 9th. But what you really need to be listening to is the space in between that he’s not playing during, that’s what gives this riff it’s groove. This example is all about what he is not playing. Robert is not doing any crazy right hand stuff, no muting, not percussive stuff, it’s all about timing for this one. So play all the chords once chromatically, then when you repeat move from the 7th fret to the 8th but then instead of going to the 9th like you did before, you now actually go back two frets and go behind our chord to the D#, the 6th fret, and slide this chord into the E9. Your fingers are in the same exact shape they were for the E9 and every chord we played but we move from having our middle finger rooted on the 6th fret on the D# to the 7th fret which is an E. And we do this by sliding, which means we hold down the notes all in the position on the 6th string root and we push all our fingers in the chord shape over one fret without picking them up at all. It creates a smooth, legato sound. Another thing that funk music and all sorts of music does, jazz, etc, is that you can slide in from a note that’s out of key to bring you into your key. It sounds really cool and adds a lot of vibes and style. So this second rhythmic variation was not super complicated but it did focus on timing and being aware of what you are playing but also what they are not playing, so the space between the notes you are playing.

I hope you enjoyed a beginners start on how to play gunk guitar! Funk guitar is so beneficial to incorporate into your playing. So much rhythm that gets added to your repertoire of being able to play and is guaranteed to push you rhythmically, theoretically, and your techniques and playing in all aspects. Be sure to slow down and focus on getting this techniques and styles down slow before you speed them up and really making sure you understand the points robert makes and of course, as always, have fun!
Show Tabs 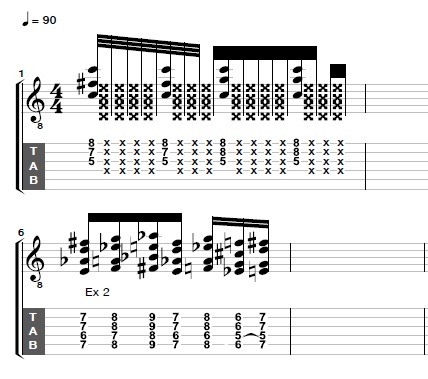 How to Play Good Times By Chic – Funk Lesson

How to Create a Blues Lick On Guitar – Part 2