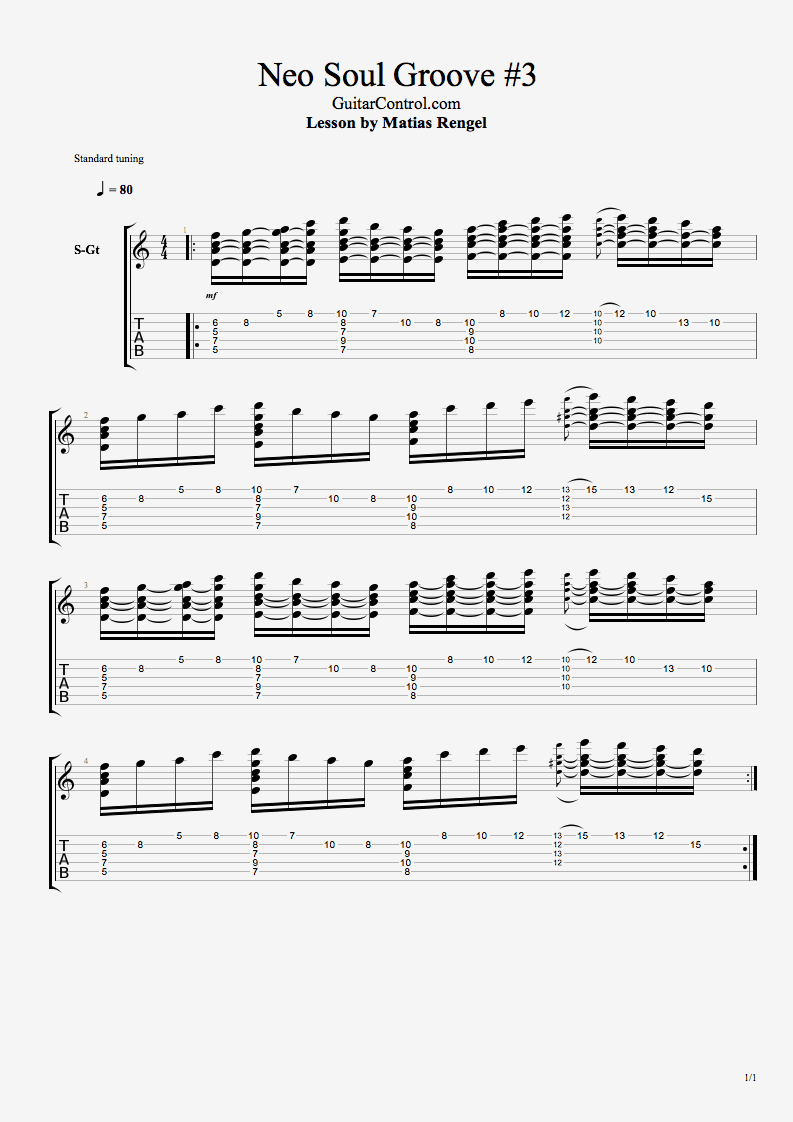 Killer Jazzy Neo Soul Chord Progression – Jazz Guitar Lesson w/ Matias Rengel with Guitar Control and today you’re going to be learning this really cool and challenging neo-soul jazzy progression. As usual there’s a link in the description, so make sure you click or tap on it to download the tab. Let’s get down to it. All right, so the first thing that I want to do, I want to play this at a slower speed because I was just playing it really kind of fast.

So I would like to, instead of showing you the actual riff that I’m doing, the actual progression, I would like to show the chords first and then we’re going to get into the specific of it because it’s much easier I think that way. So I’m playing a D minor seven. Then I’m playing the E Minor seven, F major seven. And then I’m just doing a version of it until I go into a E diminished.

So you get the progression now. I would say practice the progression first. Just practice it like this. Like that. It’s going to help a lot because you need to know the chords first. So once you get that down, let me show you what I’m doing actually. I start here. I can strum it up to the second string. From the second string I go into the eighth fret. I always get the shape of the chord and I go… I bring down the pinky to the eighth fret of the second and then I play this first string. So for the first string I have it with the index finger on the fifth fret. And then I bring down the pinky to the eighth fret.

So you got… Really, really cool. Now, some variations that you can add to this. You can do that right there in the second chord. So for that you will go… That will be seven, 10, hammer and pull off. 10 of the second, eight of the second, nine of the third, seven of the third and nine of the fourth. But you need to keep the chord. That’s a little bit harder.

Anyways, that’s all for today. I hope you’ve enjoyed this lesson. It’s a really cool progression and groove. It’s a little bit maybe on the complicated side, but you can totally do it. Especially if you click or tap on the link in the description and download the tab. Because this is, I’m going to say it, it’s not that easy, but if you have the tab, it’s going to be super easy. You’re going to be able to practice it every day. So that’s all for today.

Remember to subscribe to our YouTube channel for daily guitar lessons. One more thing. I would love to know what would you like me to teach you next? So leave a comment down below with your answer. Thank you so much for watching.