How to Play Barre Chords on Guitar For Beginners 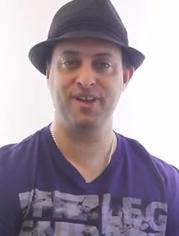 Hey, guys. Claude Johnson here from guitarcontrol.com and
I’m excited to bring you this lesson on barre chords.
This is a really important topic for beginners. And if
you’re learning guitar you should learn barre chords.

First, I just want to make sure you’re up to speed. If you
are a beginner, before you try these barre chords you need
to make sure you can play some basic open chords because
these are a little bit more difficult physically. So make
sure you know your fingers are able to get around these
basic chords.

Just to review, the 7 chords I recommend you start with
are E minor, G, C, D, A minor, A and E major, which I go
into these on other videos. You can check the link in the
video description. I’ll give you those as well.

Once you know the basic chords now it’s time to move onto
barre chords. What that means is that you’re barring all
the frets with one finger. It doesn’t have to be all the
string, but usually it’s all six strings and usually it’s
this finger, the first finger.

For example, here’s an A minor 7 barre chord. My first
finger is barring that 5th fret, all the notes, and then
I’ve just got my ring finger on the 7th fret of the A string.
If you play the notes one at a time it should sound like that.
That’s probably the easiest one.

Aside from that one, I want to give you four essential shapes
that you’ll need to know. I say shapes because these are really
moveable shapes. If you just learn this one that I just showed
you, A minor 7 and move it up to the 7th fret, now it’s B minor
7. So you can move it anywhere. It’s really good to know the
names of the frets, your low E string, A string — because the
chords I’m going to show you, I’m going to give you one major
shape with the root of the chord on the low E string, one major
shape with the root on the A string; and I’ll do the same for minor.

But it’s good to know, 5th fret, you should know this is your A
note, this is your D note. Or, for example, the 8th fret, this
is your F. Let’s just do one at a time now. Major shape, we’ll
do it on the 5th fret here. Again, bar and then you’re going to
put your ring finger on the 7th fret of the A string, pinkie
right underneath it on the 7th fret of the D string and then
your middle finger is going to be on the 6th fret of the G
string. That’s your A major with your A root on the low E string.

Now, if I just lift-off, if I don’t play that note with my middle
finger, now that’s your A minor. So if you know the A major, you
also know the A minor. It’s kind of a two-for-one deal. Drop down
to the E string, they’ll try to tell you to add a finger; it’s
just better to take one away, right?

Now, let’s go to the A string. This is going to be a little bit
different shape. We don’t get a two-for-one here. This is your D,
so what you’re going to do is fret all five strings, not the low E,
but the top five. You have a couple of choices here. You could do
kind of a second bar. Your ring finger is laying flat across these
three, so you have… Not the easiest chord to play. You can also
play it like this, with your middle finger on the D string 7th fret,
ring finger on the G string 7th fret, pinkie on the B string 7th
fret. I think it’s easier just to double bar that even though it
kind of feels a little weird at first.

The minor is a little bit easier. What we’re going to do here is
put our ring finger on the D string 7th fret, pinkie on the G string
7th fret and middle finger is going to go on the 6th fret of the B
string. You can also just fret all six strings if you want, or bar
all six and just strum. That’s usually what people end up doing, at
least I do. Although it’s probably — I don’t know. Either way is
fine. The point is, you only play those five strings.

Practice these. Practice moving them around and then you can get
into some progressions like… A barre chord to D; a nice I IV
progression. Try that. You can also do minor.

I hope that gives you a starting point to start mastering
barre chords. I encourage you to check-out my
“Ultimate Guitar Song Collection” because I show not
only the chords. There are other barre chords you should
learn, but really most importantly how to put them together
into songs and how to build a song repertoire. That’s going
to be really helpful for you guys. So check that out. Go to guitarsongcollection.com.

Thanks so much for watching
and I’ll catch you another time. Take care.

3 Types of Guitar Chords for Songs