Some of the Best Bass Guitar Songs Of All Time 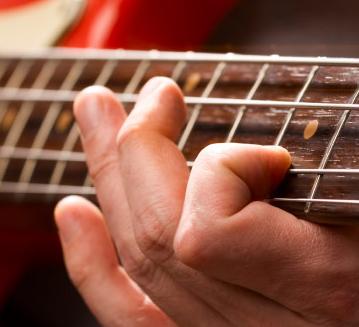 The bass player is the guy or gal standing in the back, putting down a slick bass line that gives a song heart and soul, but when we listen to songs, sometimes the bass line gets overlooked. Let’s take a minute to reflect on some of the best bass guitar songs of all time. “Feel Good Inc.” This bass line is so sick. “Feel Good Inc.” is one of the singles from the Gorillaz 2005 album Demon Days. It’s so funky and cool, when you hear it you just want to move. It’s definitely one of the best bass lines, if not the best, to come out of the early-aughts. At some parts of the song, the bass line drops and, if you’re listening closely, you feel lost. Then, the bass comes right back in, just in time. And that’s exactly what a bass line should do; it gives structure and helps propel the song. “Wanna Be Startin’ Something” The bass line in Michael Jackson’s “Wanna Be Startin’ Something” from his 1982 mega-album Thriller is unforgettable. Michael Jackson’s bass lines were never as funky as Prince’s, but they always straddled the line between pop and funk. The line lays down the melody throughout the song, and when Michael Jackson syncs up with it in the chorus and sings along, it’s a magical moment. Can you listen to this bass line without moving? “Around The World” Since 1997’s Homework, artists have been doing little more than copying Daft Punk’s funky French house music. The bass line in “Around The World” has to be one of the catchiest in all of pop music. If you’re only familiar with Daft Punk’s later tunes (which are also great), make sure to check out “Around The World.” This song is infectious. I’ve actually had the “Around The World” bass line has been stuck in my head since ’97. The bass line just drives into you. It’s steady, repetitious and strong. Everything you need to know about Daft Punk is in this bass line. It doesn’t get better than the dueling melodies from the robot voice and the bass line. It just doesn’t. “Seven Nation Army” Since the group never had a bass player, it seems weird to include the White Stripes in a conversation about the best bass guitar songs, but what sounds like a bass guitar line in 2003’s “Seven Nation Army” is definitely worth your time. Jack White is using a semi-acoustic guitar and a bevy of effects to get that sound, but it’s a great song for bass players to know. The song has no major guitar part until the prechorus and chorus; it depends on the bass line to drive it, and it does. Unlike the previous bass lines in this article, the line in “Seven Nation Army” isn’t funky at all. It is just powerful. Between Meg’s monotonous bass drum and Jack’s bass line, it starts feeling like the song itself has a thundering heartbeat. “Dreams” Like “Seven Nation Army,” “Dreams” doesn’t have a prominent guitar part. This Fleetwood Mac tune relies on the bass and drums to drive the song forward. John McVie’s line isn’t a funky one; it’s actually pretty straightforward, but the line is absolutely essential the song. It is the structure for Stevie Nicks’ harmonies and Lindsey Buckingham’s experimental lead guitar. For all those of you bass guitar players I recommend you to check our bass courses in DVDs: https://www.basszoneformulas.com/main.php https://www.basszoneformulas.com/gmain2.php https://www.bassmadesimple.com/main.php

Great Picking Exercise On Lead Guitar From Flight Of The Bumblebee