Whether you’re a beginning bass player or a beginning guitar player, scales are extremely important and necessary for you to expand your abilities and take on new challenges. And for any bass player, they should be an integral part of your practice schedule. Below, we’re going to show you some common and basic bass guitar scales for your reference.

There are two basic and extremely important scales you should learn, and they are the Major Scale and the Minor Scale. You have probably even heard these names somewhere else before, because they are that important and common. Typically, a scale will go from one root note and end when you reach the root note that’s one octave higher. At least on bass, to avoid moving your position around the fretboard, the number of strings will generally allow you to only complete one octave of a scale, unlike a guitar, which you can usually play two octaves on. Having only one octave to play doesn’t matter though, because the notes will be the same regardless. 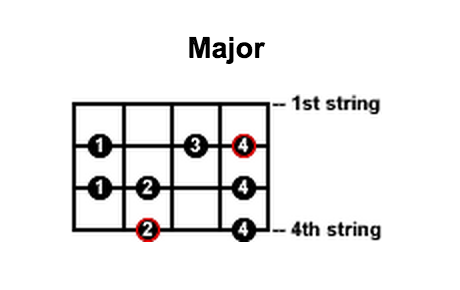 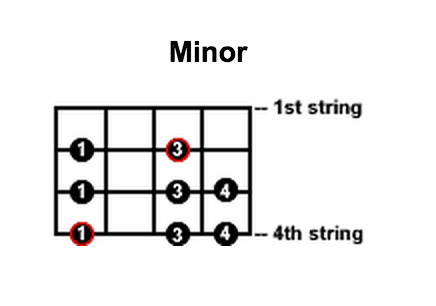 Play both scales on the same fret so you can hear the difference in sound and feel that they have. If you listen, you may notice the Major scale has a more upbeat kind of feel, while the Minor scale sounds a bit more down. That is typical of both scales, as their names suggest.

Beside from just learning the scales and how to play them, you should also recognize how they are constructed. While the theory can get very complex, for now, we’re just going to share some basic information about them. Just know that they are formed by following a pattern, with “W” being a whole step, and “H” being a half step (on your bass guitar, a whole step is equivalent to jumping two frets, while a half step is jumping only one fret, or not skipping over any frets). The Major scale pattern is W, W, H, W, W, W, H, while the Minor scale pattern is W, H, W, W, H, W, W. Playing a scale on a single string will give you a better idea of these patterns too.

Now that you know two bass guitar scales, it’s time to put them into action. Practice playing them up and down, and in other positions on your bass. Once you’re comfortable with them, start creating some cool bass lines and solos!

I also want to recommend you to check out some of our best bass courses in DVD: