Jazz is a musical genre with its roots in the blues, however, jazz uses more complex scales, chords, progressions, and time signatures than basic blues. The best way to describe jazz is as a classy cousin to the blues. While the chords in jazz are more complex than those used in other musical forms, jazz guitar chords are constructed in the same way other chords are constructed. Most jazz is improvised, so jazz musicians typically know a lot of chords and how to play against those chords by instinct. Take a look at any jazz chart and you’ll see lots of seventh, ninth, augmented, and diminished chords. In addition to normal fingerings for these chords, jazz musicians use a variety of inversions (rearranging the notes of the chord to change the relationship of the bass tone to other tones in the chord). Rearranging these tones can create some interesting effects between harmony and melody. Below is a jazz arrangement of the song “Happy Birthday.” Notice the use of the seventh, ninth, “drop two” and stacked fourth voicings. A “drop two” voicing is when you take the next to highest note in a chord and switch it to the lowest position, making it easier to play the chords on four adjacent strings. “Drop” voicings are used frequently in jazz arrangements. These voicings are common in jazz and can turn even the simplest song into something very complex and rich sounding. 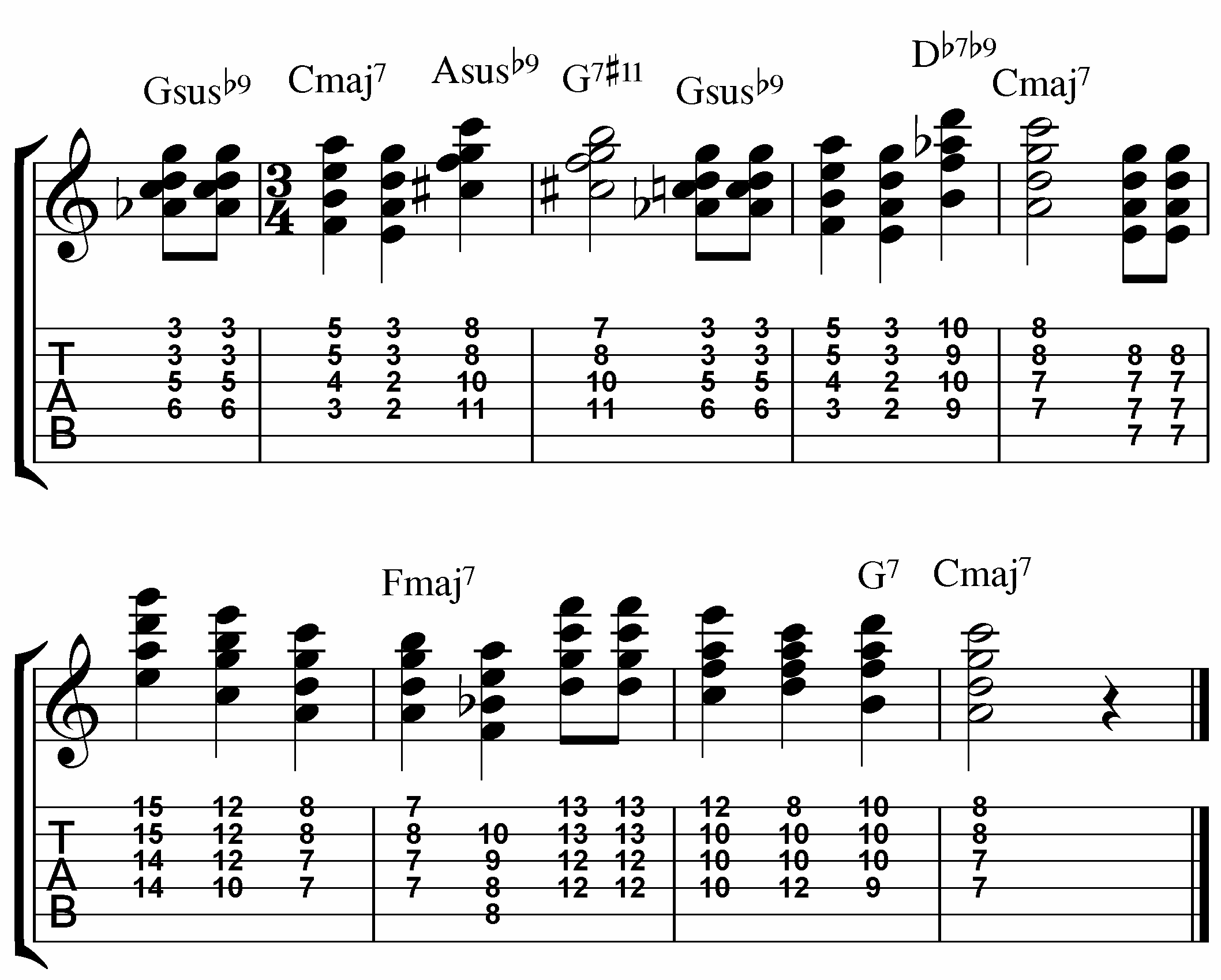 The “sound” of jazz comes not only from the extended chord voicings but from the progressions of the chords as well. Rather than the I-V-IV-V progression of other types of music, jazz uses a ii-V-I progression. This means the chords used here will be built on the minor 2nd, 5th, and root positions of the scale.

Rootless 9th chords are also common in jazz. A rootless 9th chord is a chord in which the root is replaced by the 9th degree (2nd) of a scale, which opens up a progression for more melodic possibilities. 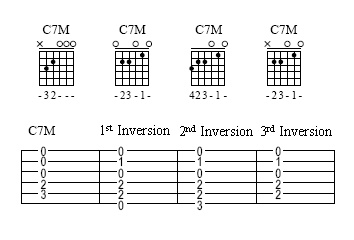 Jazz is a highly improvisational form, so understanding fully how the chords are constructed and used in the context of a progression requires some serious study. I would recommend either getting a teacher or finding a video series that focuses solely on jazz chords and jazz technique.