When you first begin to play the guitar, there are a few fundamentals that any guitar teacher will show you, and among them are the three of the most common chords: G, C and D. These are the easy guitar chords for beginners to learn. There are too many songs to name that just use these three simple chords; having these three basic chord grips firmly under your fingers is the first step on your guitar journey. Let’s start with the G chord. Most guitar teachers will begin with this simple chord. On the chord chart, the root note, G in this case, is red. You’ll notice that there are two red dots, and that’s because there are two G notes in this chord.

Begin learning this chord grip by placing your second finger on the third fret of the sixth string. Then, place your second finger on the second fret of the fifth string. Finally, place your third and fourth fingers on the third fret of the second and first string respectively. Strum down on every string. Make sure that every string rings our clearly. If you hear a buzzing sound, it’s caused by not pressing your fingers down hard enough, so adjust your grip accordingly. Once you have a good grip on your G chord and feel comfortable with it, move on to the C chord. 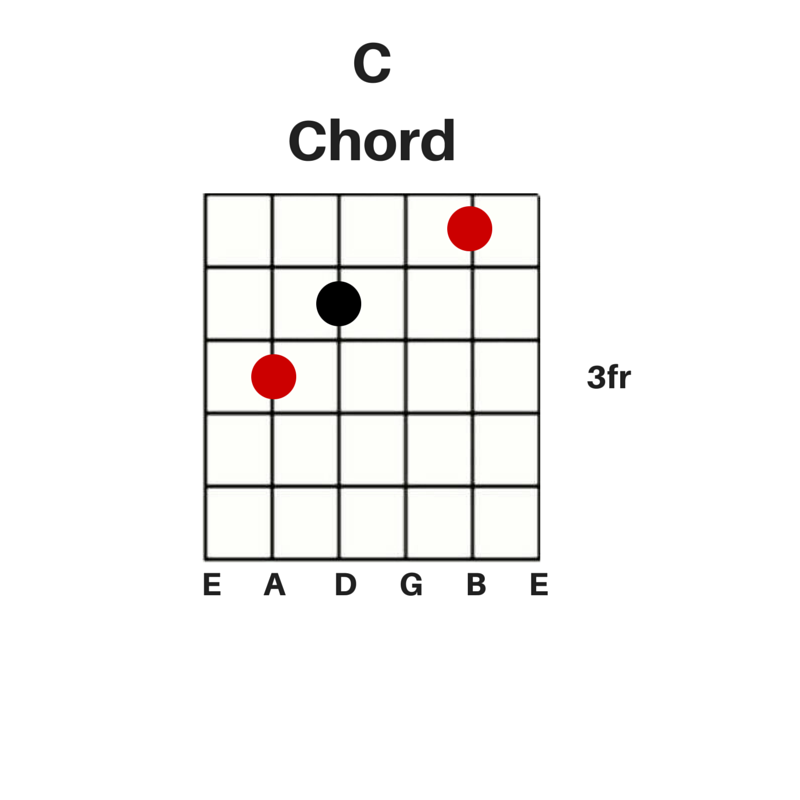 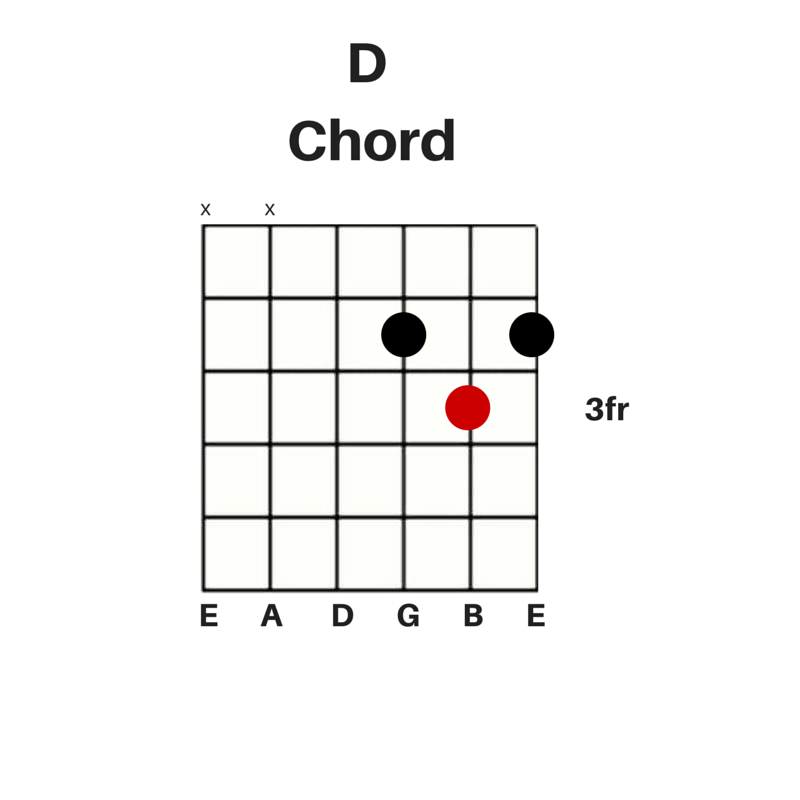 Some people find this grip relatively easy, but a lot of other people find it really difficult, so don’t worry if it’s hard for you at first. Take your time when learning this chord grips and memorize where the root notes are. Your time and patience in learning these grips will be extremely helpful to you for as long as you play the guitar. Learning these easy guitar chords for beginners is really the first step to becoming a true guitar hero! For all of those beginner guitar players, I recommend you to check out our: ULTIMATE BEGINNER GUITAR COURSE