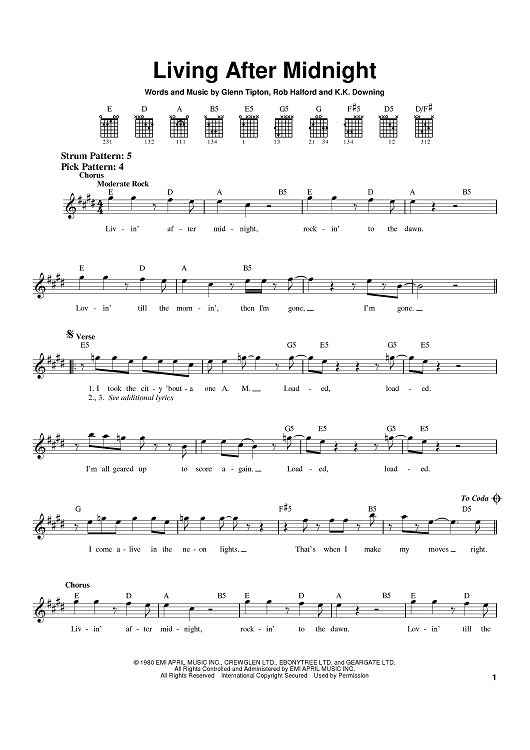 One feature you’ll notice in many electric guitar songs is the use of barre chords. A barre chord is a chord shape based on non-barre shapes. When playing a barre chord, you will use your first finger as a barre to hold down the strings, much like a capo does. The name of the chord is the root of the chord the barre shape is based upon and can usually be located by identifying the lowest note in the chord. The chart below shows the most popular barre chord shapes. Not the first shape on the chart, based around an E major chord in the first position. The root note is on the first fret (F), making this and F major chord. Moving this shape up intact by two frets will give you a G major and so forth up the neck of the guitar. Learning these barre shapes will go a long way toward helping you play some of the more popular electric guitar songs.

Another form you’ll want to know is the fifth chord. A fifth chord is a major with the third note omitted, leaving just the root and the fifth. Usually the root note is doubled to reinforce the tonality. Fifth chords are moveable too, and just fooling around with them, you’ll quickly hear many of your favorite electric guitar songs use these chords.

Some bands you can count on for delivering the goods when it comes to electric guitar songs include Led Zeppelin, Boston, Judas Priest, and Gun ‘n” Roses, and those are not even scratching the surface. Music history is full of fantastic songs written for electric guitar, so plug in your guitar and play a few for yourself.