How to Play a Harmonized 12-Bar Guitar Blues Progression Pattern

Here’s a nice little lesson for you about harmonization in blues playing,
including a new turnaround I just wrote. 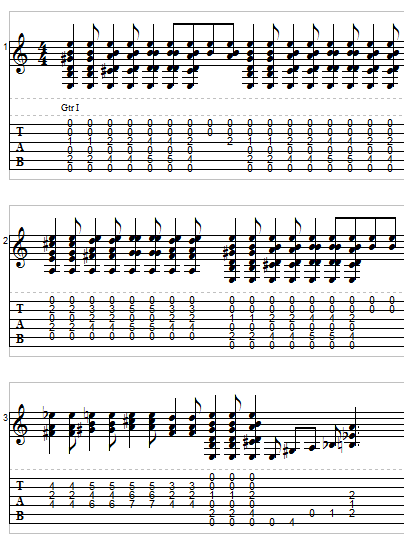 There’s a lot more info on harmonizations in my blues course:

In today’s video I’m going to show you
how to play a harmonized blues progression.
So let me play it for you and then I’ll
show you how to play it.

And I’m playing on the one, holding it on the two
and then playing the chord a second time on the three;
like this. One, two, three; one, two, three; bum,
bum, bum. That’s she shuffle rhythm.

Now, let me show you how to harmonize the chorus.
Let’s start with our E-7 and if you take the two
notes that I’m fretting in this chord, which are
the B and the G-sharp, what we’re going to do is
we’re going to take each of them and just move
them up on the same string to a higher fret,
to the next note in the E-major scale.

Then, we go up one more time again. The C-sharp
will go up to the D and the A will go up to a B.
So we have this. And then back down.

What I’m going to do is stay in that shuffle
rhythm and play all six strings to give it a full sound.

So I’m going to go through that twice,
which will be four bars, and then I’m going
to go to the A. Got my open A-7 and how I
harmonize this one is I’m going to go up to
this shape, which is kind of like an
inverted D chord.

I’ve got my ring finger on the fourth fret
of the D string, my first finger on the second
fret of the G string and my middle finger on
the third fret of the B string, while playing
the open A and high E string.

And then back to the E. And here’s the turnaround.

And then the final lick is… You’ve got open E,
fourth fret; open A, first fret on the A; and
then B-7. The only tricky part is where we’re
coming in with this lick. We start it on the
three of the second measure. So you have one,
two, three; one, two, three.

So there you have it.

How To Play Blues Rhythm Shuffle Riff in B On Guitar

How To Play Easy Shuffle Rhythm On Blues Guitar

How to Play a Shuffle Rhythm