Hey, this is Mattias Rengel with Guitar Control, today we’re going to be checking out this awesome song by Positive Force called “We Got the Funk”. It’s a really groovy rhythm with a little bit of an octave lick going on and I think it’s going to be very useful for you. 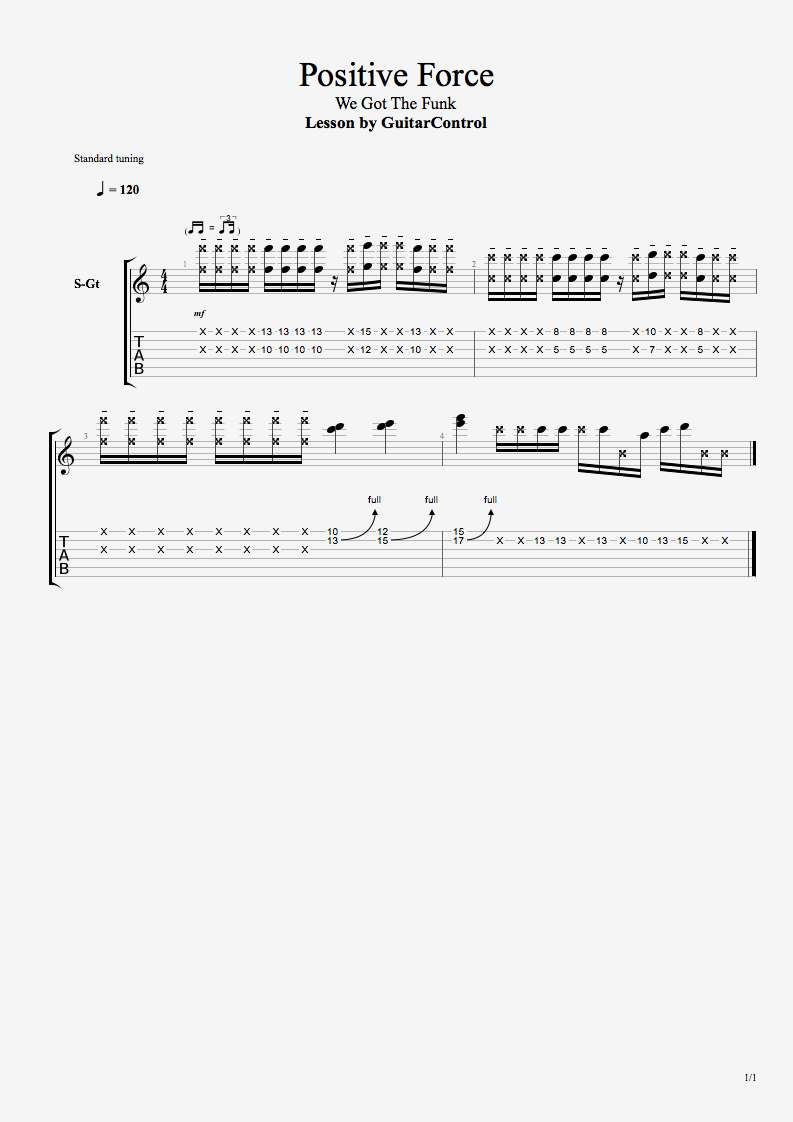 The first thing that I would like to show you is an octave, if you don’t know what an octave is it’s basically the same note played twelve semitones above, also the octaves are usually two frets above the note. On the next string but on the one that follows after sampling to the octave of the fifth string on the seventh fret you go to frets above and on the fourth you have to go three frets above because we’re using octaves.

Now, that we’re playing F which is pinky finger on the 13th fret of the first string and then index finger on the 10th fret of the third string. With the index were muting the second because you don’t want to sound otherwise, here’s what you’re going to be doing you’re going two frets up one on the 12th and one on the 15th and you would do this rhythm. As you notice I put my middle finger above so I can mute this strings right there, so they don’t sound. Otherwise, since I play really hard sometimes I might accidentally hit it. So I don’t have to be worrying about it I’ll just mute it. Anyway, that’s the lick right there.