Hey, how’s it going this is Robert Baker with Guitar Control, today we’re going to break apart the iconic Classic amazing Ted Nugent solo to “Cat Scratch Fever”. Now we’re just doing that first little solo like what I would consider the main solo to the song and talk about a riff that is just jam-packed with all kinds of cool little lines and it has one of my favorite licks of all time. To leave such a cool little lick Uncle Ted really had some you know extremely impressive chops and creatable pentatonic runs stuff that we’re going to go ahead and dive into this one. 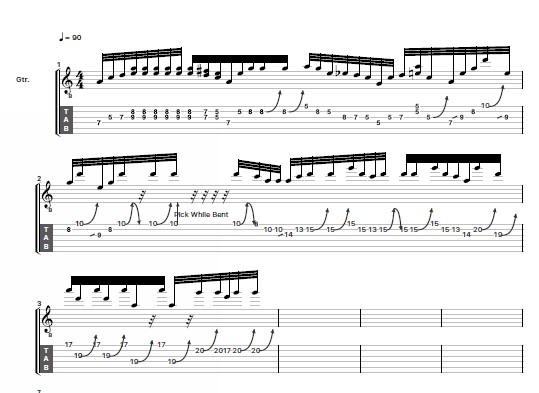 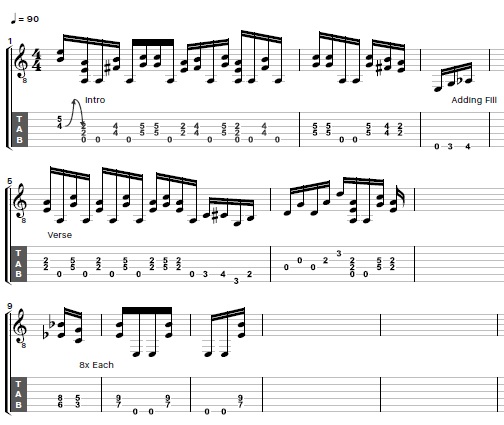 I’m going to play the solo, and then I’m going to break it down and go more in depth into these notes from the scales that are using and stuff. So it goes like this is the solid now let’s kind of break this apart so I start out it’s on an A minor pentatonic which I will be showing you guys in a minute, now you go 7 on the D7 on the D, then 5 start on G, you’re just a double stop here which is 9 on the G and 8 on the B then you do 7 on the G and B 5 on the G and B and 7 on D.

Thank you so much for tuning in, I hope you enjoyed that like there’s always something to learn from these solos because you know especially about bends and all that stuff. So make sure  you subscribe on our You Tube Channel and we’ll see you in our next video lessons, thanks for watching.