This is a cool fusion lick with the tritone… 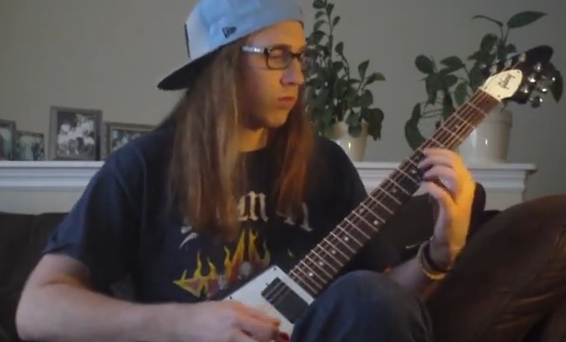 Hello. This is Cameron Rasmussen for guitarcontrol.wpmudev.host.
Hey, guys. What I would like to teach you today is what
is called a tritone sub and I’m going to show you kind
of a solo context lick that is a tritone sub that I
like to use a lot when I’m improvising in kind of
a jazzy, funky context.

When you’re taking the tritone sub of it, if you
leave the flat 7 and the 3rd the same and then
you replace the C with its tritone, F sharp or
G flat in this case. Now when you do that, now
G flat or F sharp is the root. And then if you
leave the other two notes the same, now they’ve
changed function. So in C7, B flat is flat 7
and E is the 3rd. Now in G flat, B flat is
the 3rd and E is the flat 7.

This is used to create half-step motion to the
chord that you’re going to. But in the context
that I’m going to show you, it’s going to be an
improvisational lick, not using chords. So here
we go. I’m going to play the lick twice on an E7
groove so that you can hear how it would use it.

There it is, guys. It’s used to give you an
outside sound from just staying on the same
one chord that you’re playing. It’s a very
outside, jazzy, fun thing to do and I use
it a lot because it sounds really tasty.
So there it is.

All right, guys, that was it. Please click
the link in the video description if you’d
like to see the tab for this example and
I’ll see you next time.