here´s one of our newest addition to the guitarcontrol team!

He is Cameron, a very technical player who will help you to reach the shred zone… 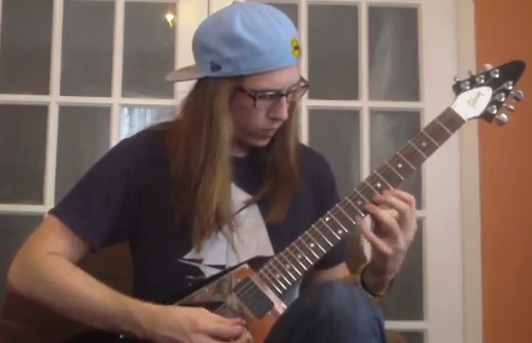 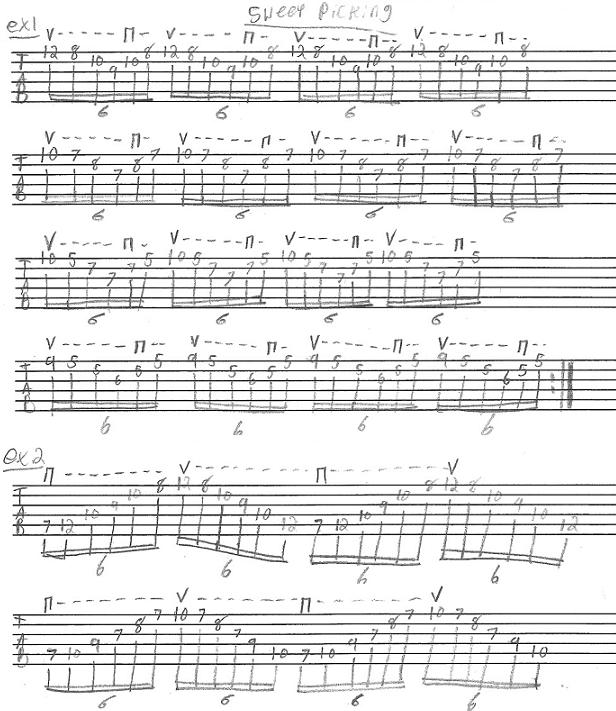 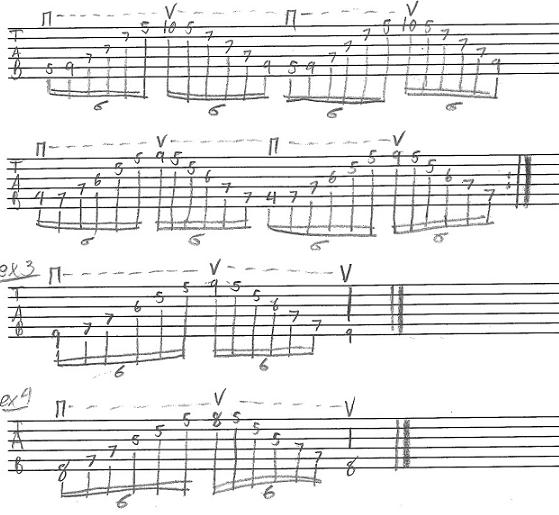 Hey, guys. This is Cameron Rasmussen for guitarcontrol.com.
Hey, guys. Today we’re going to be talking about sweep picking.
So sweep picking, like any other picking technique, you have
to remain relaxed in both hands, but most specifically this
one. A lot of people try and do it too fast, too fast, like
too early, and they end up tensing-up like muscles in their
elbow, up in their arm and that’s not what you want. You
need to be relaxed and you need to maintain the motion that
you’re doing without any stress.

Now the motion that you’re doing, what sweep picking is,
is more or less what it sounds like. You’re sweeping
across the strings, like this, in one motion. So with
one downstroke you’re hitting all strings and with your
upstroke you’re hitting all the strings that way. So what
sweep picking is usually used for is for playing arpeggios
really fast, such as…

That’s the first lick we’re going to be looking at.
The way I like to do three-string arpeggios is hit
the top note, being E in this A minor arpeggio. I like
to hit the E with an upstroke, pull-off to the C and
then I hit both this A and E with an upstroke. And
then what I do to complete the cycle is I hit this
A on the downstroke and then I hit the C with a
downstroke, then I hit the high E again with an
upstroke, starting to cycle over again.

Now, the specific thing is that some other guys
like to do the exact same finger of arpeggio, but
once they get past the A doing it the same way
until then, they like to switch to a downstroke,
hitting this E with a downstroke, instead of me,
who hits it with an upstroke. And then that
completed the exact same way except they
have switched to that downstroke earlier.

So I’m going to show you the lick I did before, again.
It’s using all three-string arpeggios and the progression
is A minor arpeggio, G major arpeggio, D major arpeggio
and A major arpeggio. So obviously, you’re not only going
to be using three strings when you’re sweep picking.

All right, guys. This has been a good lesson on sweep picking.
I hope you got a lot out of it. Please click the link in the video
description if you’d like to see the tab for the examples I’ve
showed you today and I’ll see you next time.

Shred Guitar Lesson – Learn How to Shred with Legato Technique

How to Shred Using Scale Sequences on Guitar