How to Play Elvis Presley’s Love Me Tender

Guitar isn’t the first instrument that comes to mind when contemplating Romantic Guitar Songs – mostly I think of sappy string sections or Barry Manilow playing a grand piano. However, there are hundreds if not thousands of romantic guitar songs, and many of them are fairly to ridiculously easy to play. So, for those nights when you’re trying to get your significant other in the mood, it might come in handy to have a sweet love song in your back pocket. Just kidding. My wife would smash the guitar over my head if I tried any of that nonsense.

Anyway, let’s take a look at one of my personal favorite Elvis Presley songs – a guy who knew something about romance – and one of the most romantic songs ever written: “Love Me Tender”. It’s not a terribly technical song to play, but some of the chord changes may strike beginning and intermediate players as, well, strange.

One of the brilliant aspects of Elvis’s early music is its simplicity. The original recording of “Love Me Tender” features an exquisitely Spartan arrangement on a single acoustic guitar. Throw in a couple of guys singing harmony and you have romantic genius. And for trivial purposes, bear in mind that the song is an adaptation of the Civil War song “Aura Lee”, published in 1861. Elvis wrote – or had somebody write – new lyrics. Whatever the case may be, when sung properly, this jam can be a real tearjerker.

First of all, the song contains two sections: verse and chorus. The verses consist of a three chord progression in four bars: 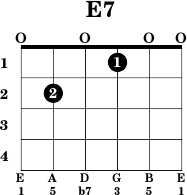 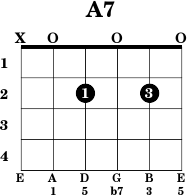 You really couldn’t make it any easier than this: I-II7-V7-I, but take note of the fact that it’s one bar per measure (in 4/4). That’s going to change in a minute or so.

Next, the chorus, which is where things get interesting.

Right out of the gate, we have: 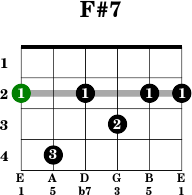 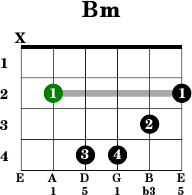 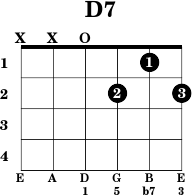 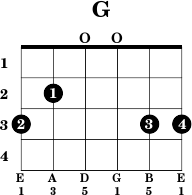 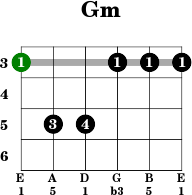 In the second half of the chorus, it closes out with a rehash of the verse with a B7 thrown in for good measure. 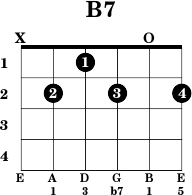 And that’s it, folks. Of course, once you get the hang of it, feel free to substitute other chord shapes into the mix. In closing, I’d like to point out that you could play this in just about any key you want, and I’ve seen it tabbed in C, F and G, but The King plays it in D.

If your goal is to learn tons of guitar songs, I recommend you to check out our:

Easy Intro From “Rock Bottom” by KISS on Rhythm Guitar

Learn How to Play Yellow by Coldplay