How to Tune an Electric Guitar 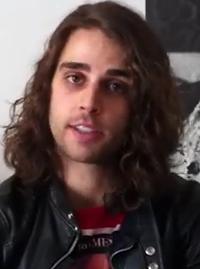 Hey. I’m Will. Thanks for joining me here at my home studio.
I’ve been working hard for all you guys out there that are
learning guitar on your phone. This is good on your guys.
Unfortunately, it’s really easy to develop some bad habits.
So I’m here to cure all those bad habits; I’m here to cure
all the common mistakes that a guitarist makes from learning
on the internet, right here on YouTube.

Today what I want to talk to you about is something that is
so commonly overlooked and is really important and that’s
tuning your guitar. The people that teach on Skype and so on,
they call me the Guitar Doctor and that’s because I’m providing
the cures in your point of view. Let’s spin this around;
let’s check it out.

Guitars are just so finicky, I tell you, man. They go out of
tune by themselves with weather changes and everything. They’ll
just go out of tune like crazy. So I’m going to introduce you
to my little friend called an electronic tuner.

This is a chromatic tuner and it’s going to give you all the
different notes from A to G sharp. However, all we really need
to worry about right now is the names of the strings, which are
E, A, D, B, G and E. Those are the names of the strings and
that’s what we want to get the tuner recognizing to make sure
that we’re tuning to the right note. It’s really easy to
make that mistake.

As you can see, this thing is already picking-up my voice and
stuff like that. So we’ve got a little microphone in here
somewhere. It’s really helpful if you get this thing as close
to the guitar as possible because the sound is coming off right
here. For electric guitars, we have a little input there which
makes it a little bit more accurate.

Anybody who is anybody in the rock and roll or any kind of
guitar world thing, like everybody is using an electronic
tuner. Let me just put it to you that way. So let’s start
with an electric tuner and just trust me, you’ll be able to
develop your ear and then I can teach you how to tune by ear
later on. So that’s the first step, we get this tuner close
to us.

We want to get that needle right in the center. As you can
see it’s on this end. What that mean is it’s flat. When you
see that little B symbol that means that it’s flat. What
that means is my string is too loose to be a true B note.
What we want to do is we want to tighten the string.

Tightening the strings is always counterclockwise. I just
want to show you how much I have to turn it to get it in
that center spot. There we go. That wasn’t very much. That
was like maybe a ¼ turn. Just keep in mind that you want
to have micro adjustments when you’re tuning your guitar,
just small enough. Hit your string two or three times every
second because what happens is when you first hit the note,
that first half a second is when the tuner is the most
accurate and registers it the most clearly. What I do is
I’ll hit my string over and over and make sure that it
hits that green.

Now, it’s okay if it kind of like goes in between red
and green. As you can see it kind of went into the red
a little bit, but that was pretty solid green. So you
get the green light and you move on.

So here’s another flat string. This is going to be a
really small one. There we go. I moved my tuner peg
about that much. That’s where it was. I turned it
counterclockwise to raise the pitch of the note, to
make it into the sharp area. We’re going to sharpen
the note.

So I’m going to be releasing more videos like this.
We’ve got all the cures and common mistakes that a
guitarist makes from learning right here on YouTube.
So until then, keep on ripping it up.