Blues guitarist Cesar Rosas was born on September 26, 1954, in Hermosillo, Mexico. He is perhaps the most recognizable member of Mexican rock group, Los Lobos, as a singer, songwriter, and blues guitarist. In addition, Rosas participates in the Latin supergroup Los Super Seven, along with the members of The Texas Tornados, Calexico, Ozomatli, and other famous musicians. Rosas is well-known for his trademark black sunglasses and slicked-back black hair. In 1999, he released a solo album, “Soul Disguise,” and toured following its release. Los Lobos has been performing and releasing albums since the late 1970s. They are three time Grammy Award Winners. 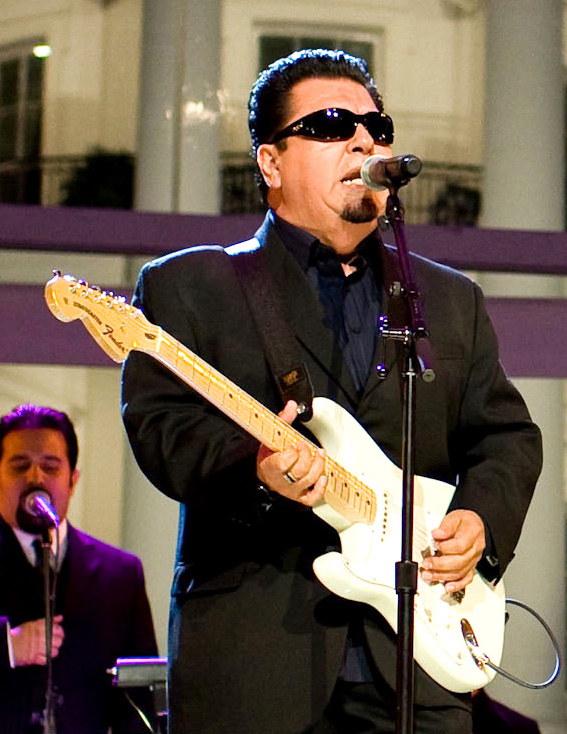