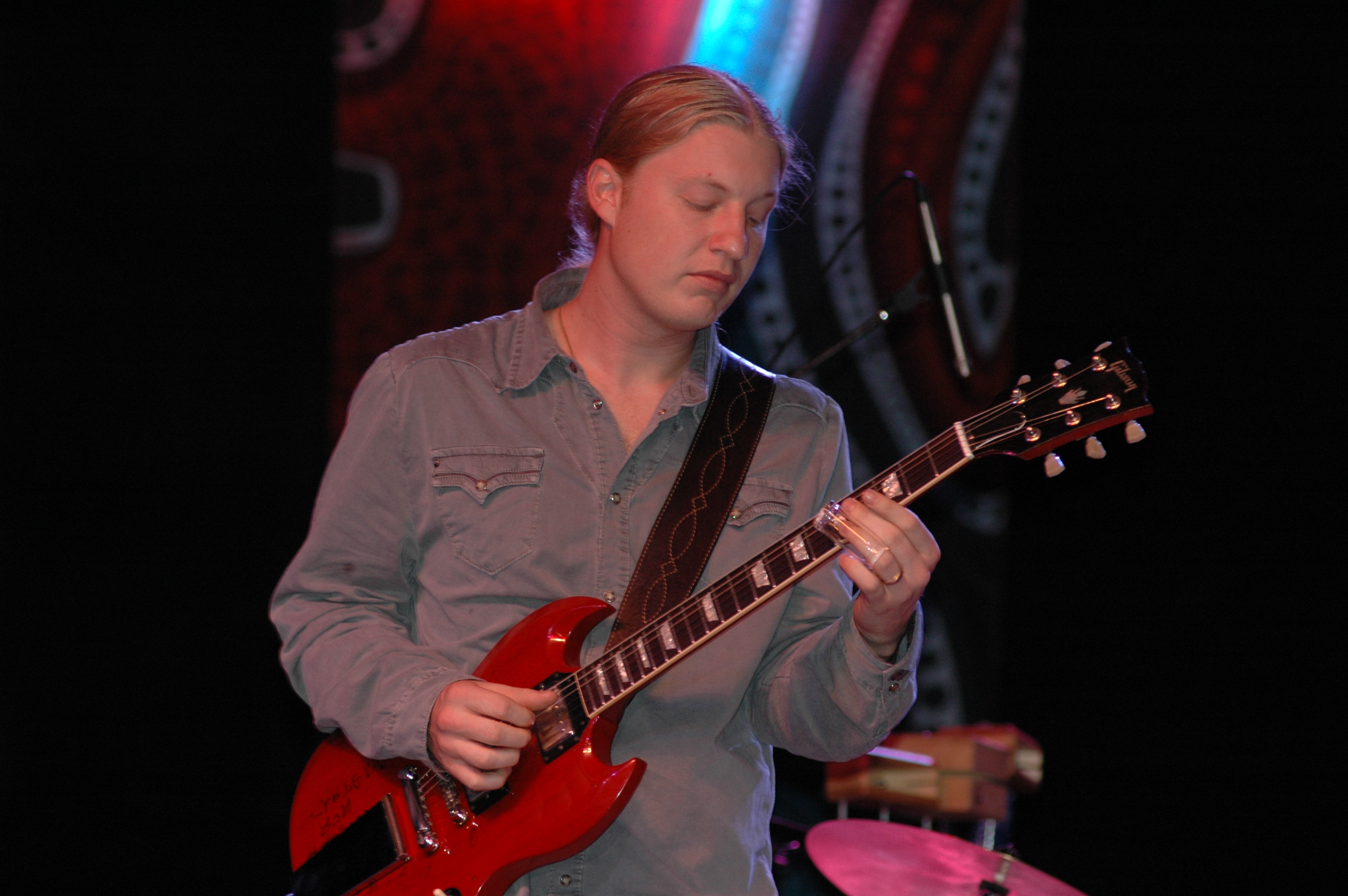 Derek Trucks was born in Jacksonville, Florida on June 8th of 1979. Derek’s uncle is drummer Butch Trucks, who happens to be one of the original members and still a current member of The Allman Brothers Band. Blues guitarist Derek Trucks began to receive attention from the music industry at the young age of nine. At just twelve years old he was already sitting in with Buddy Guy as well as other notable musicians.

Derek spent ten years going on tour with The Allman Brothers Band before he ultimately became an official member in 1999. This was the same year that Trucks met blues singer/guitar player Susan Tedeschi. In 2001 Trucks and Tedeschi got married and started a family.

Blues guitarist Derek continues to perform and record with The Allman Brothers Band as well as The Derek Trucks Band. Recently Trucks and Tedeschi have joined their bands together when they could and billed the act as the “Soul Stew Revival”. They have received the praise of fans and critics.

Derek’s playing is rooted in the blues but also contains elements of jazz as well as Indian music. It is obvious just by listening to his music that his influences are wide and varied. Perhaps the best part about his playing is that it is not predictable and yet it always seems to fit the musical situation perfectly.

With the Derek Trucks Band

With the Allman Brothers Band