The 5 Basic Guitar Mode Patterns You Need to Know

All the patterns all over the neck for E minor
are the same as for G major. The only difference is
which note is treated as the root or tone center.
By changing the tone center, or which note is
emphasized the most and returned to, the quality of the
musical flavor changes. This is what guitarists are
talking about when you hear them talking about
the various modes. Understanding that it’s all really
ONE scale (the diatonic scale) makes things much more
easy to grasp and to practice.

For your reference, here are the various “modes” of the diatonic scale:

You should know that each mode has its own musical
flavor and uses. For example, the ionian mode is a
warm, sunny, happy sound… the dorian mode is a
slightly jazzy, bluesrock scale. The phrygian mode
has a dark, exotic, middle-eastern feel to it.

The use of modes could be a topic and discussion
all on its own. The nice thing about
the “Guitar Control” approach is you don’t need to
worry about any of that because
playing from the heart comes first and
everything follows naturally after that. Whatever
kind of sound you are hearing in your mind,
or in your gut, or in your heart, you simply
have to find the right notes. Whatever scale
it happens to be, it doesn’t really matter.
Also, to make things simpler, I recommend
learning 5 basic diatonic patterns…
Essentially, the major, minor, dorian, phrygian,
and mixolydian patterns. There is not
really a need to learn a separate lydian or
locrian patterns as these mostly overlap the
others.

Here is the major scale pattern: 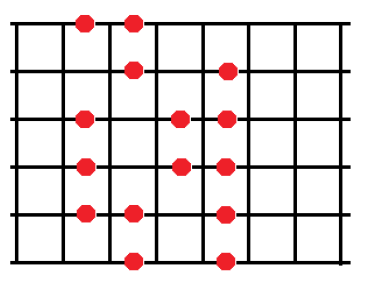 Here is a dorian mode pattern: 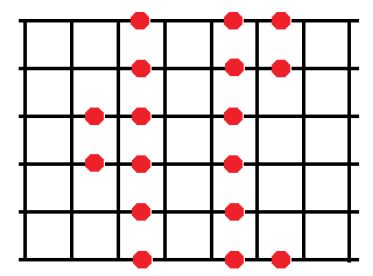 Here is a phrygian mode pattern: 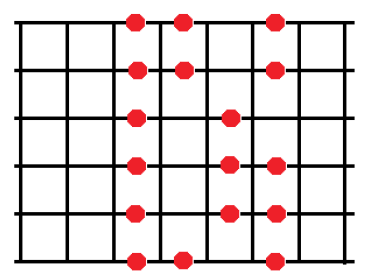 Here is an aeolian mode pattern: 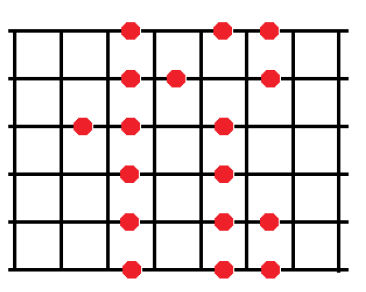 Here is a mixolydian mode pattern: 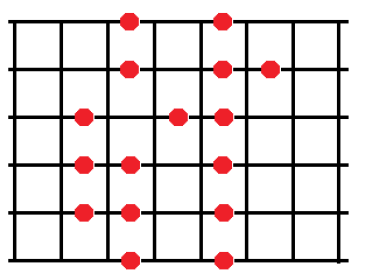 In addition to these patterns, you can learn the
diatonic patterns with 3 notes on every
string, which gives you an entirely new set of
patterns. Eventually, you have to see how
they all overlap and connect.

The answer is revealed in detail in Killer Guitar
Control Secrets, but the short answer is that
the more compact patterns are more useful to play
melodies and arpeggios, while the extended
patterns lend themselves to playing fast shredding runs.

And by learning the diatonic scale everywhere on
the neck, you will already be equipped
to produce the various possibilities with your fingers.

Unless you’re already pretty advanced, don’t
worry about learning 29 different
exotic scales. It is better to go deep and
master the basics than to know a little bit
about many different scales or modes.

As far as actual practice goes, I tend to
focus on the major/minor scales. The
modes such as dorian, phyrigian, lydian, etc
are all just inversions of the major
scale. When you learn a complete scale all
over the neck, such as G major, you
are really learning all the modes of that scale as well.