How to Play The Harmonic Minor Guitar Modes

This is Cameron with another cool guitar lesson

about the harmonic minor modes applied to the guitar! 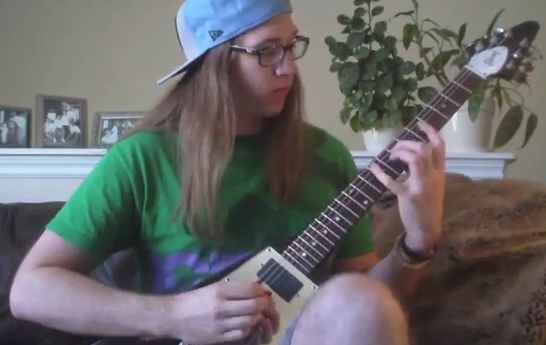 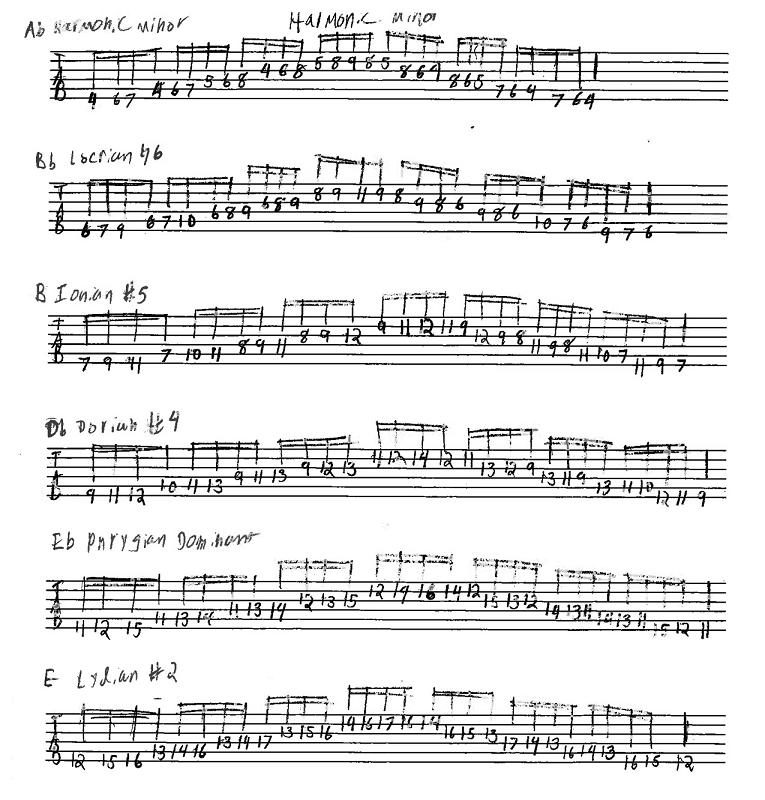 Hello. This is Cameron Rasmussen for guitarcontrol.com.

So, guys, today we’re going to be talking about non-diatonic
modes. Now, as we’ve discussed in earlier videos, a mode
is a scale that’s within another scale when you rearrange
the order of tones and semi tones and start and end on a
different note than the one that you began with.

The second mode is locrian natural 6, and it goes like this.

The third mode is ionian sharp 5, and that sounds like this.

The fourth mode is called dorian sharp 4 and it sounds like this.

The fifth mode is called phrygian dominant and it is
the most commonly used mode of harmonic minor.

The sixth mode is called lydian sharp 2 and that one goes like this.

The last mode from the 7th is sometimes referred to as the
diminished scale. But it’s not in the traditional sense
like a whole-half or half-whole diminished scale.
It sounds like this.

So out of all the scales and modes I showed you today
there are two that you should definitely have under your
belt. The first one is the harmonic minor scale from the
root. It’s very widely used through lots of kind of metal,
like shred metal and neo classical metal, because it gives
you that more classical baroque sounding side of metal.

If I had a groove like this in A flat, I could just use
the scale however I wanted, implying that natural 7 on
the groove, like this. I was just randomly choosing
little licks in harmonic minor and it fits.

So the second scale that you should know, as I said before,
is the phrygian dominant scale. It’s very widely used in metal
as well as jazz, and this is because when you take the arpeggio
that’s built from it using the root, 3rd, 5th and flat 7th of this,
you get a dominant 7th chord. In this case you would get E7. If
you use the rest of the notes from the scale you get flat 9 and
flat 13 from this scale. These are nice tensions to add on a dominant
7th chord when you’re using it and you’re improvising. If I just had
some kind of groove on E7… And that was all using phrygian dominant.

All right, guys, this has been a quick lesson in non
diatonic modes in harmonic minor. These are good
modes to use because they give you new flavors and
sounds when you’re improvising and even composing
your own stuff that isn’t as widely heard by people.
If you learn them they won’t let you down.

Please click the link in the video description
if you’d like to see the tab for the examples I
showed you today and I’ll see you next time.