Wake Me Up When September Ends | Easy Guitar Lesson

Wake Me Up When September Ends Easy Guitar Lesson tabs. 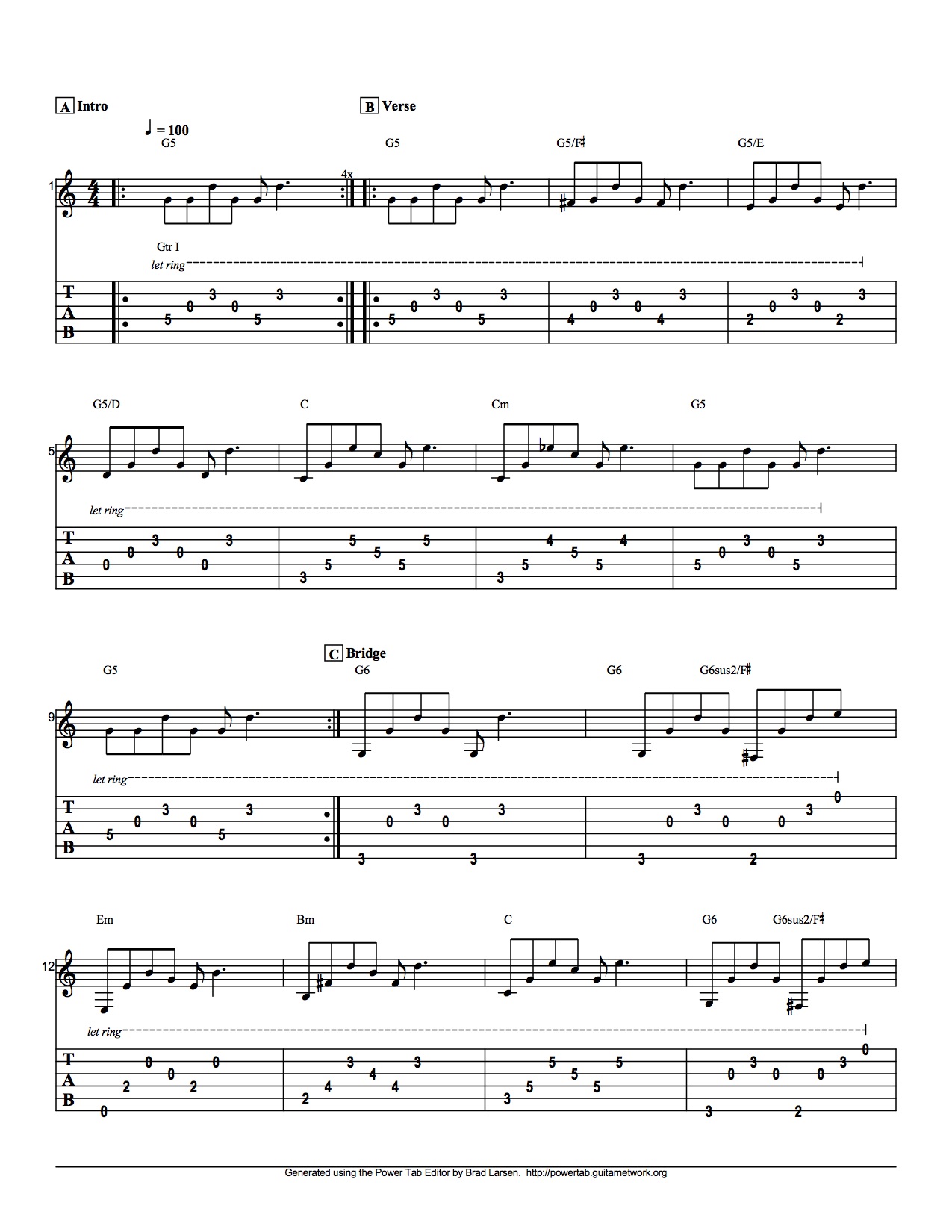 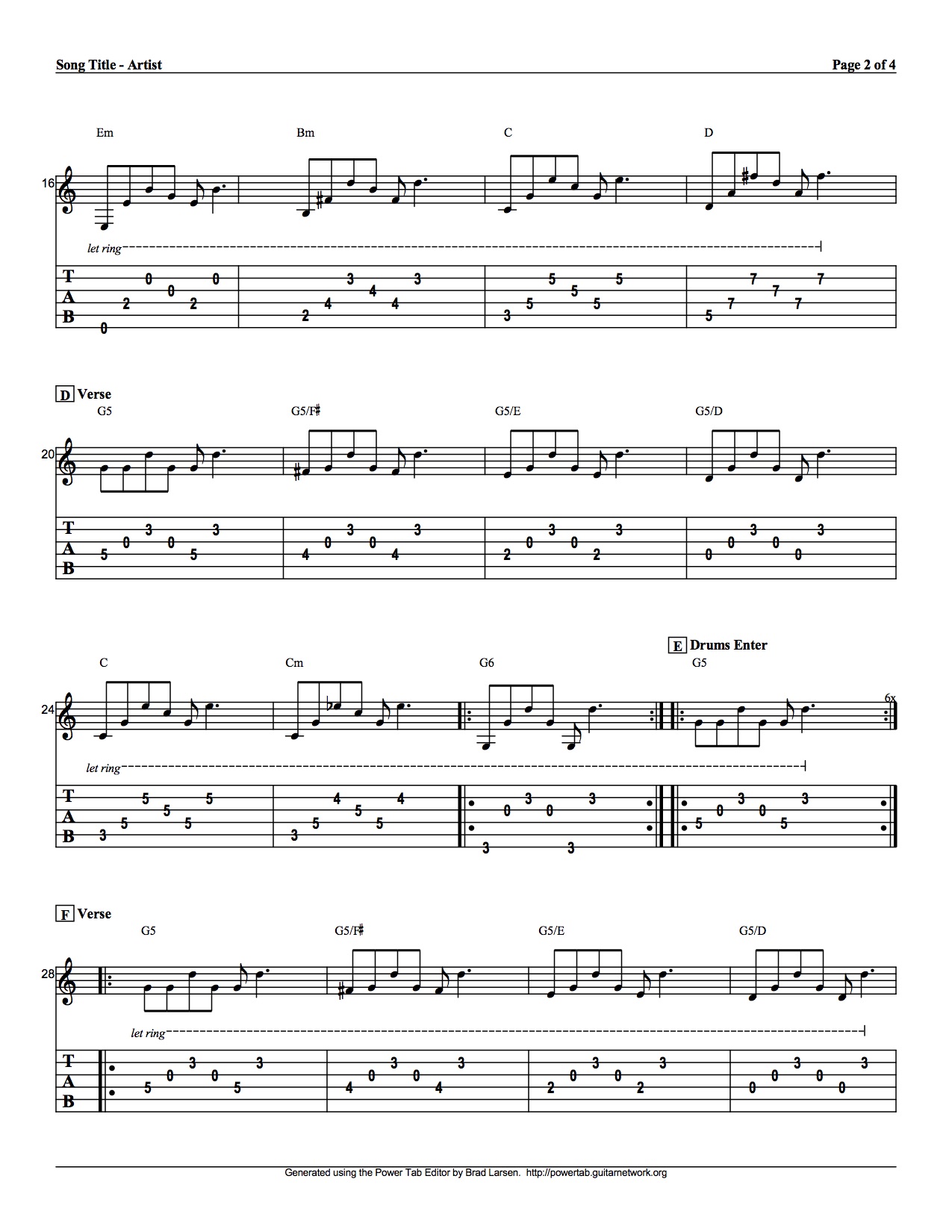 Introduction To Wake Me Up When September Ends

Hey how’s it going? This is Darrin from GuitarControl.com bringing you this video lesson. Today we’re going to be looking at some riffs from the song wake me up when September ends by Green Day. I like to use this song in teaching with my private lessons because it has kind of an unusual timing and it’s just kind of a good one to learn how to count with and learn how you know to do more than just playing 1 2 3 4.

So be sure to click on the link in the description for the tabs and let’s get close up and take a look at this Wake Me Up When September Ends Easy Guitar lesson.

Alright so if you look at the tabs for this there are a lot of chords in this Wake Me Up When September Ends Easy Guitar lesson, we’re not going to go through all of the chords ahead of time and you’ll see why once we get into it and they have a lot of them have really crazy names and stuff don’t you know need to be worried about that or intimidated by that, it’s actually pretty simple once you’ve just see how it works.

Alright so the very first chord for Wake Me Up When September Ends Easy Guitar lesson, we are on the fifth fret of the fourth string and I’m using my third finger and the third fret of the second string with my first finger and I’m playing the third string open so it’s simply you just pick starting on string four you go…

So pretty straightforward, so the timing for this the first five notes are eighth notes and then the very last note is a dotted quarter note, so the very last note is taking it’s on the and of three the downbeat of four so that’s what makes this kind of unusual. So for this whole section that we’re going to be looking at right now it’s that same timing it’s just that the lowest note is going to start moving down so the very first measure is this chord that we’re looking at right now, which is just C5 and then starting on the second verse this is where the second measure is where the verse begins and so it’s that same one measure one more measure of that same chord.

The next chord is G5 over D, so this note from the fourth fret to the second fret and we are going to switch which fingers we use, so instead of using on the second string, I’m going to use my second finger and then my first finger for this Wake Me Up When September Ends Easy Guitar lesson.

So one thing you might want to practice for Wake Me Up When September Ends Easy Guitar lesson is making that transition. Actually I guess for me I prefer to use my third finger, you know just makes it a little more comfortable, it’s almost like a D chord, but you’re going to move your second finger and move your first finger to the fourth string, so if you practice making that transition you get used to it, it makes it a whole lot easier. Okay so after this measure, the fourth measure, this G five over D, so you simply remove your first finger so now the fourth string is open. So those first those first five measures and again the first measure repeats four times. So that brings us to the sixth measure which is just a C chord but we’re not going to do the open chord, we’re going to do a barre chord.

So I’m fretting the third fret of the fifth string and the 5th fret of the 4th, 3rd and 2nd strings with my third finger and we’ve got the same timing, but now instead of just being on strings 2, 3 & 4 now we’re going to go 5, 4, 2, 3, 4, 2 and we switch to a C minor, so you can keep your third finger right where it is and your first finger stays where it is as well and you take your third finger, instead of barring just roll it up, so you’re just fretting that fourth string and put your fourth finger on the fifth fret of the third string and your second finger on the fourth fret of the second string and the same picking pattern and timing again; five four – three four – so a transition again from the C to the C and then back to the first chord again. So your third finger is already where it needs to be, so you just we simply remove your second and fourth finger and drop your first finger down to the third fret of the second string again and then that’s the beginning of a repeat, so you go back to the second measure and you repeat that again all the way up to that point and then from there it goes into the bridge section.

Okay, so it’s the same timing as before and then you do on the next major the chord changes partially halfway through the measure, so you go bass note from the third fret of the sixth string to the second fret. Okay and then from there it goes to an E minor a B minor and a C and then it repeats that measure that we just did again, so what makes this kind of easy is that you don’t really have to look at the tabs, you know how to play an E minor chord put angles on and then pick the strings; six, four, two, three, four – same as the C minor chord we did, we just moved it down a half step; five – four – three four – major Barre chord again; five four – three four – then measure 11, where it switches from G6 to G6 over F sharp again, you know crazy name, but do like the G chord and then from there goes back to an E minor again. Now we’re back into another verse, so it’s the same as the verse was at the beginning.

Now we go back to the first chord again, the G5, and this time we’re going to repeat it six times and this is section the tabs it has the reference that this is where the drums come in. Now is where the heavy guitars come in for this Wake Me Up When September Ends Easy Guitar Lesson, so it’s going to be the same chords the C the C minor and the G. Now you’re going to want to turn on your distortion. This is also a good practice to make the switch between playing with clean and distortion, but using a foot switch because you don’t want there to be a pause, you want it to happen in real time. I’m doing all down strokes as eighth notes, so one and two and three and four.

All right so from there we’re off to Section G, which is the bridge, so you’ll you ended on the last section we ended on that G chord and then the next measure continues with that for one and two and then it switches to G over F sharp and so and then I just simply move my second finger off and place my first finger on the second fret, then to an E minor for a whole measure. Okay and then from there it switches back to the clean tone and then switches back into the distortion again for another chorus. Okay so after that chorus it goes into the guitar solo, so that will be where we leave off on this and in the second half of this video we will cover the guitar solo, the rhythm guitar for the solo and the solo itself and finish out Wake Me Up When September Ends Easy Guitar lesson.

Acoustic Guitar Lesson on Adding Pull Offs To Your Playing

How to Create An Effective Jazz Guitar Practice Routine

How to Play Every Breath You Take by The Police

Learn How to Play Catfish Blues by Muddy Waters

How to Play Blues Guitar By Big Bill Broonzy