The guitar has a range of about three octaves. The notes for the guitar are notated on the traditional music staff an octave higher than they actually sound. The reason for this is to avoid having to split the notes between two staves.

Guitar notes for songs can be indicated in more than one way. Traditional guitar note notation looks like music for any other instrument, as seen in the example below. The second way to write guitar notes for songs is a system called TAB, which is short for tablature. This system is familiar to guitar players. Tab is made up of horizontal lines that indicate the strings of the guitar and numbers that indicate frets. This system is considered by many guitar players to be a more efficient way of writing guitar notes.

Notes for the guitar can also be visualized on the fretboard. Many of the notes are the same pitch and written in the same place. When you play a song that uses a note you can play in more than one location, it’s up to you to decide where you want to play it, and the choice you make is likely going to depend on the context of the note and what you have to play in conjunction with that particularly note. This is why specific fingerings are often important when you’re putting together a solo. Chords (more than two notes played together) can be notated in TAB, chord diagrams, just written as a letter such as Cmaj, Emin, Asus4, etc. The examples below show chords written in TAB notation and chord diagram form. 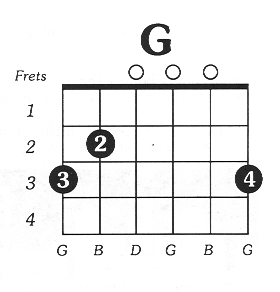 The arrangement of the Beatles song “Blackbird” below shows guitar notes for songs using many of the notation conventions I’ve talked about. It doesn’t really matter which way you choose to read or write the notes, they are all the same notes and serve the same purpose, which is to facilitate your ability to play any song by sight. 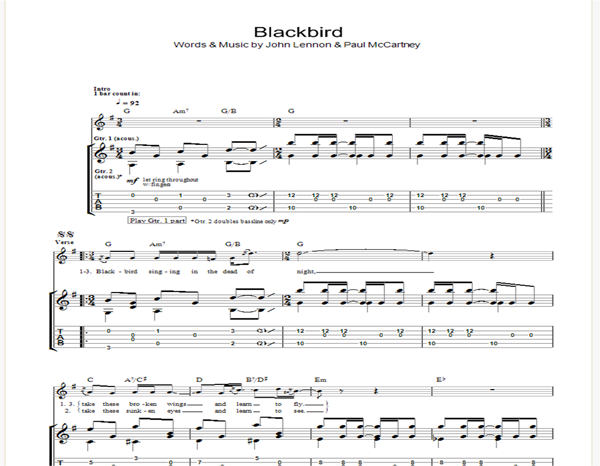 Acoustic Guitar Lesson on Adding Pull Offs To Your Playing

Wake Me Up When September Ends | Easy Guitar Lesson

Getting The Best Online Guitar Instructor

How to Play Beat It By Michael Jackson

Here’s Silvio Gazquez playing a killer lick using sweep picking combining arpeggios and scales. Be sure to download the tabs! Link for video