Hey, how’s it going this is Jon McLennan with Guitar Control, I’m excited to bring you this video lesson called “Whiskey and Women” by John Lee Hooker. This is a great 12 bar blues in the key of F and I had the pleasure of getting to play with John Lee Hooker Jr. at a blues festival up in Oregon about six or seven years ago and his guitar playing was just phenomenal he sounded much like Hendrix. 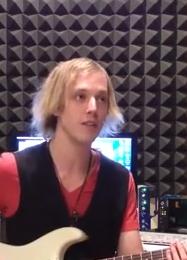 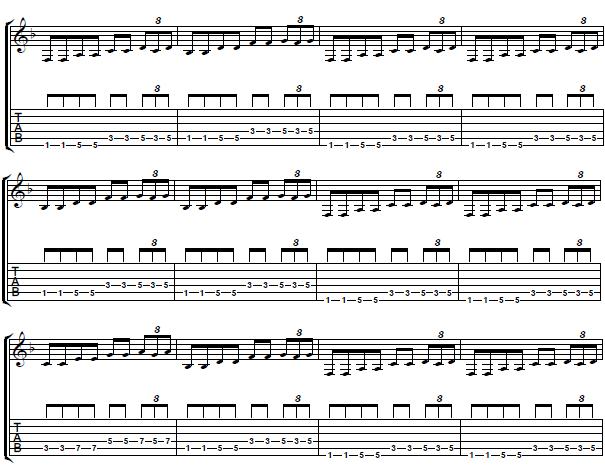 We’re going to start on the 1st fret and play the note F and each note, these are 8th notes, going to be played twice then I go up to the 3rd of the chord. The A, fret wise 1, 1, 5, 5, 3, 3, 5, 3, 5, and that’s basically the pattern that we’re going to put through each chord in the blues. The one chord, the four chord, and the five chord, just for this traditional blues do that four times and we’re going to move the same exact notes, but we’re going to start on the 5th string instead of the 6th string then we start off the note C which would be the five chord and on the 3rd fret of the 5th string then down to b flat again, 1st fret notice that it’s the same notes within the cord, but it just goes through that typical 12 bar blues and playing a bass line.

It’s such a great thing to do on guitar and really fun to do as well. So let’s see if we can try it together from the top. Make sure to subscribe on our You Tube Channel and we’ll see you in our next video lessons, thanks for watching.

How To Play Boom Boom | The John Lee Hooker Way

Easy Jazz Blues Lick Over G7 | With Tabs and Video