Hey, how’s it going this is Darren Goodman with Guitar Control, in this video lesson I want to show you how to play a kind of cool rock and blues thing. This is something I wrote a long time ago and never really had a name for it, but a friend said hey this sounds like “Dirty Blues” so that’s what we’re going to call it. 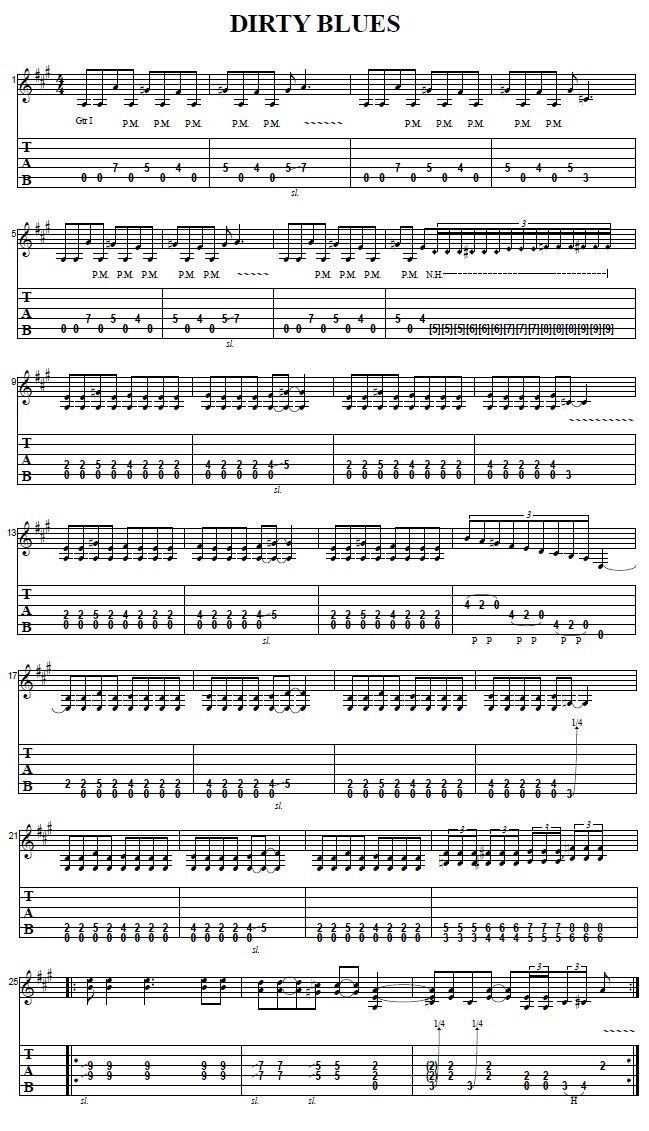 This string is being peddled fourth string we’re on seven and when I go back to that seven I’m sliding on to that first half and then for the second half it’s more or less the same it’s just one part changes. So on the second time, it says sliding up to seven to the third fret of the fifth string throw a vibrato. That’s the riff for the first part.

All right so you play it through all the way through once and then you start over. On a second time you play the first half, so second time through and then we stopped there on four, and then what I’m doing is I’m just lightly touching the string for harmonics and then alternate picking and descending  because it gives that kind of cool little rock and vibe to it.

It’s the same rhythm were doing here, the same with pedaling that middle string between each time we change so here now calling off the frets for the fourth string just like on the last one of the first half, and the second half are almost the same it’s just the very end. The first time through, second time, third fret of the fifth string again we’re going to a C on both times, hopefully twice just like we did before the second time through it’s not the whole sequence.

For this final part we’re going to be playing primarily on the fourth and the third string, you can do most of this with just your first finger. We’re going to do a slide from nowhere to the ninth fret to the seventh, and the fifth, and then when we get to that A, we’re going to strum the A take your second finger and go to the third fret of the fifth string which is C and we’re going to give a little bit of a bend.

Back into that original main riff, again you practice all the parts you know separately and then put them together and stuff. I hope you enjoyed that you got something out of it if you like this lesson be sure to subscribe on our You Tube Channel and we’ll see you in our next video lessons, thanks for watching.