Most blues guitar music is improvised, meaning the guitarist simply makes up the licks as he goes along. It’s been this way throughout the history of the blues. This being the case, however, it’s a good idea for beginning guitar players to at least give the form a little study before plunging in. One way to study it is to listen to as much of it as you can. Another way is to get your hands on some blues guitar tabs and take them apart. Study the notes being played and the technique being used to play them. Pay attention to the notes being bent and how far they are bent; pay attention to the notes being played with vibrato and the length of those notes. Understanding how some of the great blues players approach the six simple notes in a blues scale is a great way to improve your playing in leaps and bounds. This first blues guitar tab example is a lick in the F blues scale. It’s shown here in standard notation and tab. There are several playing techniques here, including hammer-ons and pull-offs, bending and releasing, and finger slides. This is a cool lick you can play to get a feel for how all these techniques used in conjunction can really color the sound of the notes.

The next example is a shuffle in the key of E. There’s a walking pattern played on the lower strings connecting a guitar figure that mimics horn section stabs. This is a cool pattern to play as a backing track you can use to improvise over.

In addition to exercises, play as many blues guitar tabs by some of the great blues players as you can find. Here’s one by B.B. King. Take a look at the way he uses the trill to hang on a note and really milk it for all he could get. This was one of B.B. King’s signature playing techniques and he built a pretty good career with it. 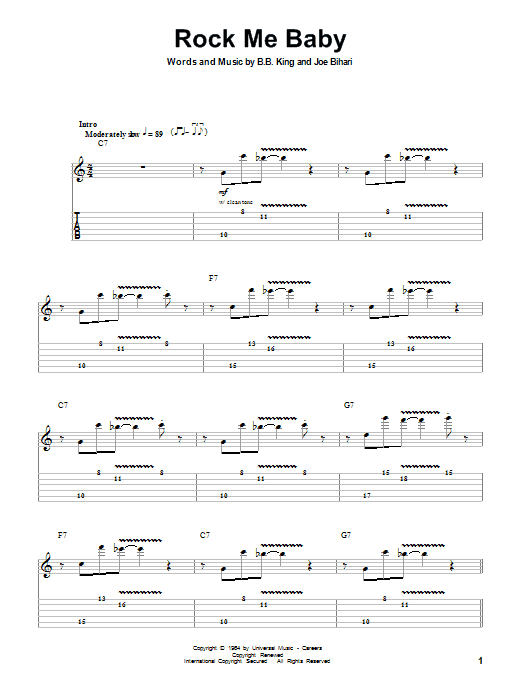 “Baby Please Don’t Go” is a Muddy Waters classic that intersperses short, classic blues licks with the vocal. Try playing this one and listening to the way the guitar mimics the vocal in a call and answer style. This is a popular song that has been covered by many artists, including AC.DC and Ted Nugent. 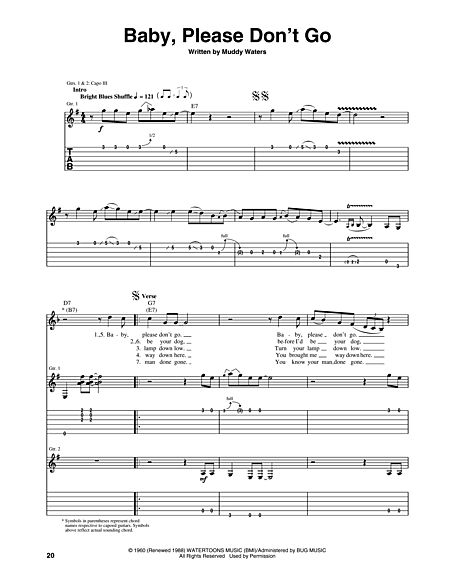 A search of the Internet will yield great results for blues guitar tabs. Take advantage of the exercises and transcribed licks you find to hone your blues-playing skills. 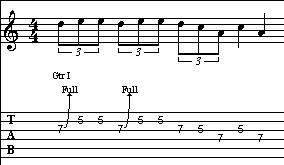 How To Play Give A Little Bit By Supertramp