The blues is a musical form that has found its way into musical genres ranging from hard rock to country and western. It’s foundation is a six note scale that can be conceived by adding a diminished fifth to the minor pentatonic scale. You could also start with a major scale and omit the second and sixth notes, then lower the third, fifth, and seventh notes, giving you (in the key of C) C-Eb-F-Gb-G-Bb.

Playing the blues is largely a matter of knowing the blues scale and applying blues-playing techniques to the notes to create the highly recognizable sound heard in so many songs since its inception at the near the end of the 1800’s.

If you want to learn to play the blues, the best place to start, after you’ve played through the scale to familiarize yourself with it, is with some easy blues guitar tabs. Finding blues guitar tabs online isn’t hard at all. There are numerous guitar websites that offer blues scales, licks, solos, and complete song transcriptions in tab format for the aspiring blues guitarist in all of us.

Let’s start with the blues scale laid out on the guitar just to get you familiar with the different positions you can play it. Here are five positions. Once you learn these patterns you can play the scale in any key simply by moving the pattern and naming the key after the starting note (root). Once you can play these patterns smoothly, moving comfortably between them, you can start trying out some easy blues guitar tabs to hear how the scales work in an actual playing context. Check out the easy blues lick over Am below. It’s played with a triplet feel and uses two blues guitar techniques (a half step bend and vibrato). This one is very easy to play and sounds awesome, but pay attention to the picking pattern to help facilitate smooth execution of the passage.

After you’ve familiarized yourself with some easy licks, try recording a twelve bar blues progression and combining the licks over those. The twelve bar progression below can be recorded in any key using the same pattern.

For fun try playing a finger picking blues pattern (see below) that alternates thumb and ring finger. The piece primarily alternates between the use of octaves followed by a hammer-on. If you start slow and get a feel for it, you should have this one mastered in no time, and it’s a great finger control exercise.

There are lots of easy blues guitar tabs you can find online that will not only help develop you understanding of the blues as a musical form, but will also help tune your ear to the sound and encourage a natural feel for the form that will eventually have you playing the blues naturally.

How to Play Steppin’ Out Guitar Riff by Mayall With Clapton

How to Play Cold Shot by Stevie Ray Vaughan

How To Play Rock N Me By Steve Miller Band

Some Easy Acoustic Blues Guitar Tabs That You Can Exercise On

Nothing sounds as good as the blues, especially when they’re played on an acoustic guitar. While most of the early blues players never wrote anything 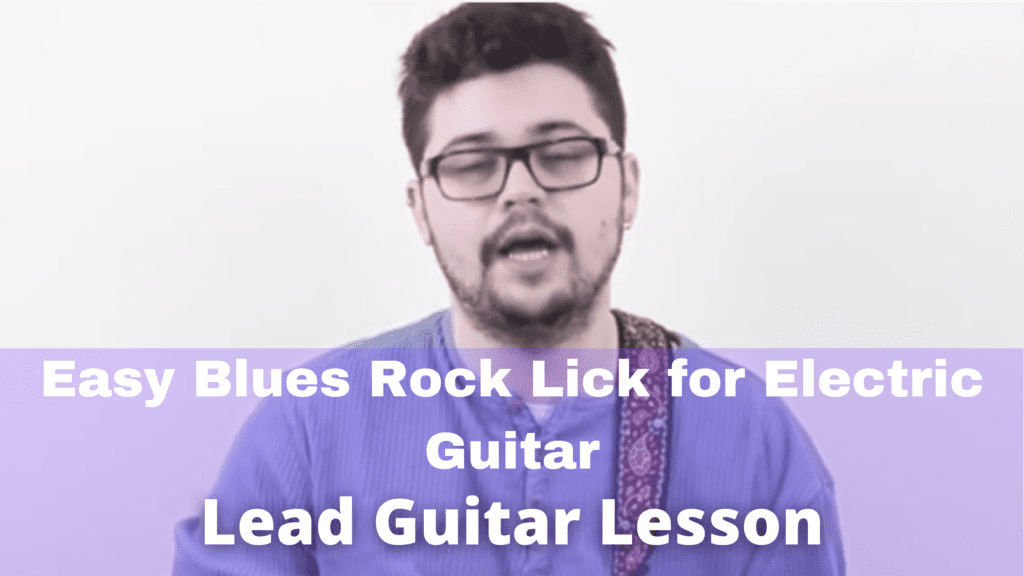